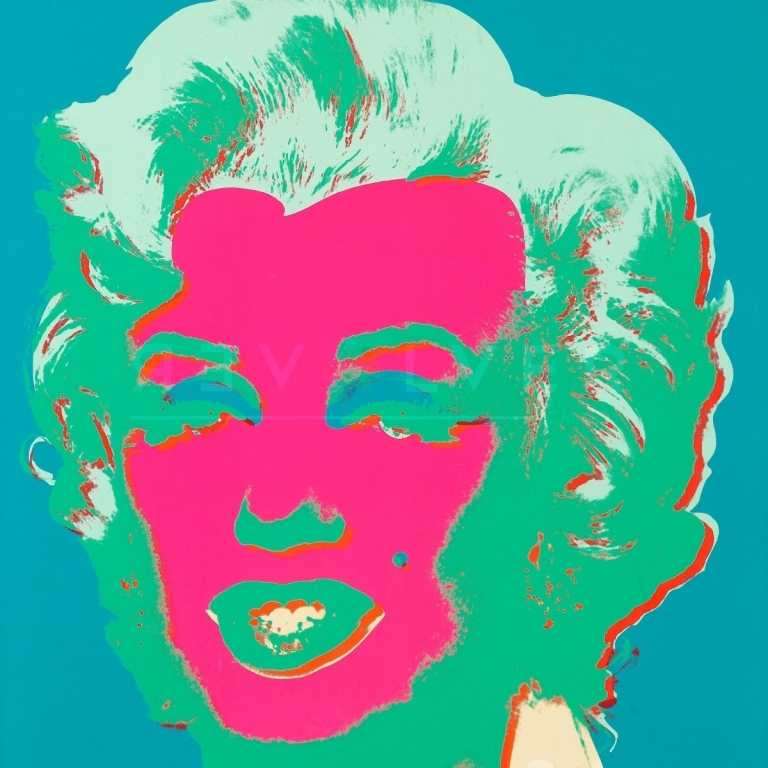 Title: Marilyn Monroe (FS II.30)
Medium: Screenprint on Paper.
Year: 1967
Size: 36″ x 36″
Edition: Edition of 250 signed in pencil and numbered with a rubber stamp on verso. Portfolio of 10.
Warhol’s Marilyn Monroe images are some of his most iconic works. The piece is one of a series of ten screenprints he created based on a photo believed to have been taken by Gene Korman as a publicity shot for her 1953 film Niagara. Warhol began producing his Marilyn portraits shortly after her death in 1962. In creating his massively successful and widely known Marilyn series, it has been said that Warhol created an icon out of an icon.