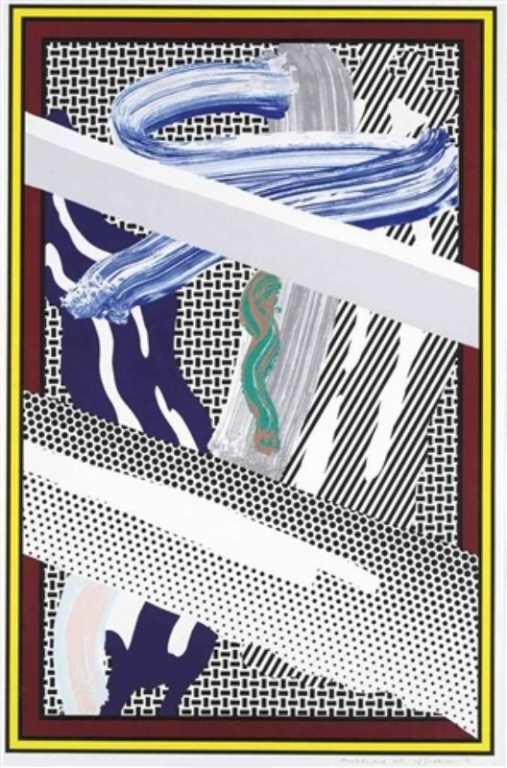 Roy Lichtenstein (American, b. 1923) was a leading figure in the Pop art movement of the 1960s. Following a three-year stint in the army, Lichtenstein completed his degree at Ohio State University. While there, he met Hoyt L. Sherman, his professor and mentor who has been credited with influencing Lichtenstein’s future work. Shifting between cubism and expressionism, Lichtenstein’s oeuvre is characteristically marked by a highly stylized, comic book-like drawing, bright colors and very precise, graphic, compositions.

Reflections on Expressionist Painting was was included in the 1990 portfolio to commemorate Carnegie Hall's 100th anniversary - it features works by Georg Baselitz, Alex Katz, Joan Mitchell, Robert Rauschenberg, Larry Rivers, and Edward Ruscha. This particular impression comes from an edition of 60 plus 16 artist's proofs and 5 presentation proofs. It is a stunning print, sold framed.

Further images and details are available on request.

Rae
It's The Kids That Suffer

Kick Against the Pricks
Mel Bochner