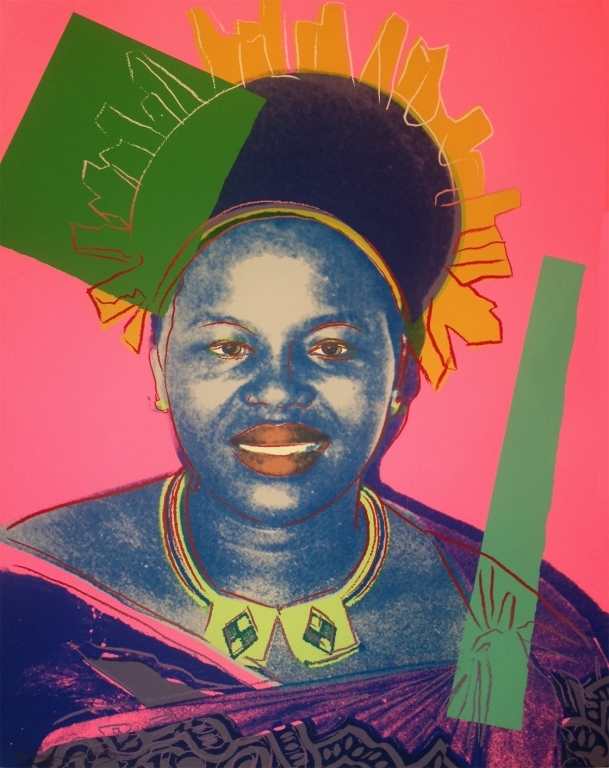 Queen Ntombi Twala of Swaziland (FS IIB.326) is one of 30 trial-proof screenprints as part of Andy Warhol’s Reigning Queens (Royal Edition) series. Other queens in the series include Queen Margrethe II of Denmark, Queen Beatrix of the Netherlands, and Queen Elizabeth II of the United Kingdom. Warhol depicts these female monarchs in their own right, rather than as women who were married to a king. From the Reigning Queens (Royal Edition), the screenprint on Lenox Museum Board is signed and numbered in pencil and published by George C.P. Mulder, Amsterdam.