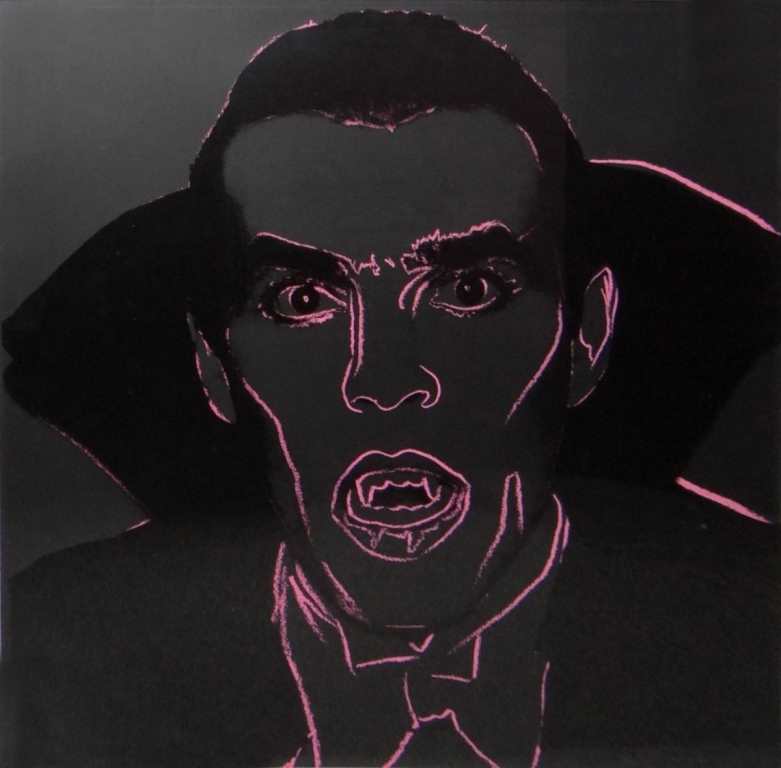 Andy Warhol created Dracula in 1981 for his Myths portfolio. The image is based on a still from the 1931 film Dracula. Exemplary of Warhol’s pop art style, the print has a black background with a pink gradient emphasizing the details of Dracula’s face and clothes. The characters featured in Warhol’s Myths portfolio were chosen to portray American popular culture and its captivating and commanding past. Other characters in the portfolio include Santa Claus, Superman, Howdy Doody, and the Wicked Witch of the West. The ten characters in the portfolio were also chosen to represent a different side of Andy’s personality. Andy Warhol was known by his friends as “Drella, ” a nickname that combined Dracula and Cinderella.