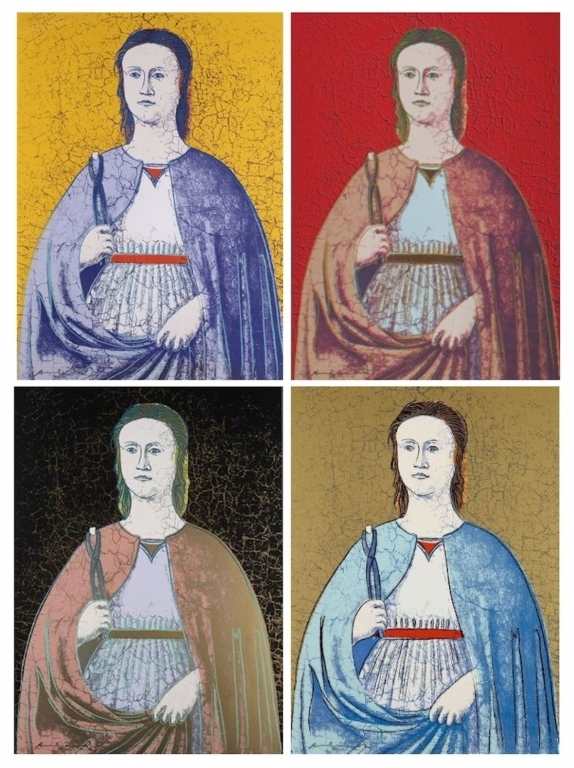 Andy Warhol created the Saint Apollonia complete portfolio in 1984. Warhol often drew inspiration from Renaissance artists as seen in previous portfolios. This portfolio of four features an image taken from a panel painting attributed to the workshop of Piero della Francesca. Many works of art during Piero della Francesca’s era included symbols that aided the viewer into understanding which saint was depicted. As the patron saint of dentistry and toothaches, Saint Apollonia is depicted holding a pair of pincers which contains a tooth. It is widely believed that her teeth were broken with pincers during her martyrdom in the 3rd century. Unlike his previous Renaissance portfolios, Andy Warhol’s Saint Apollonia closely resembles the original painting, even preserving the cracks from the original work. Respecting the original artist, Andy Warhol merely updates the religious iconography and transports the image into the Pop Art movement.