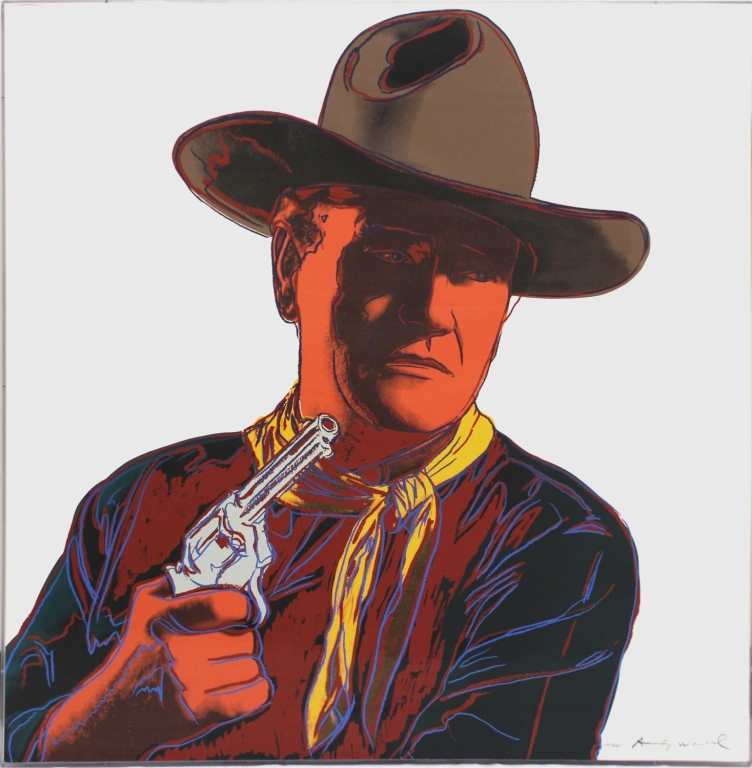 John Wayne 377 was an icon representing the macho leading man in Hollywood’s prime. He was fixture in westerns and war movies alike, and considered an All-American hero. The allure of celebrity myths and legends lead Warhol to create the Cowboys and Indians series in 1986. The source image is a publicity photo from the film The Man Who Shot Liberty Valance (1962). In this image, the celebrity status of John Wayne completely overshadows the actor’s real identity, Marion Robert Morrison. In the movie, a reporter takes the story of John Wayne’s character back to his editor and is told, “This is the West, sir; when the legend becomes fact, print the legend.” In this series, that’s what Warhol did. John Wayne 377 was framed for the first time when added to our inventory. It is signed by Andy Warhol on the front in pencil.