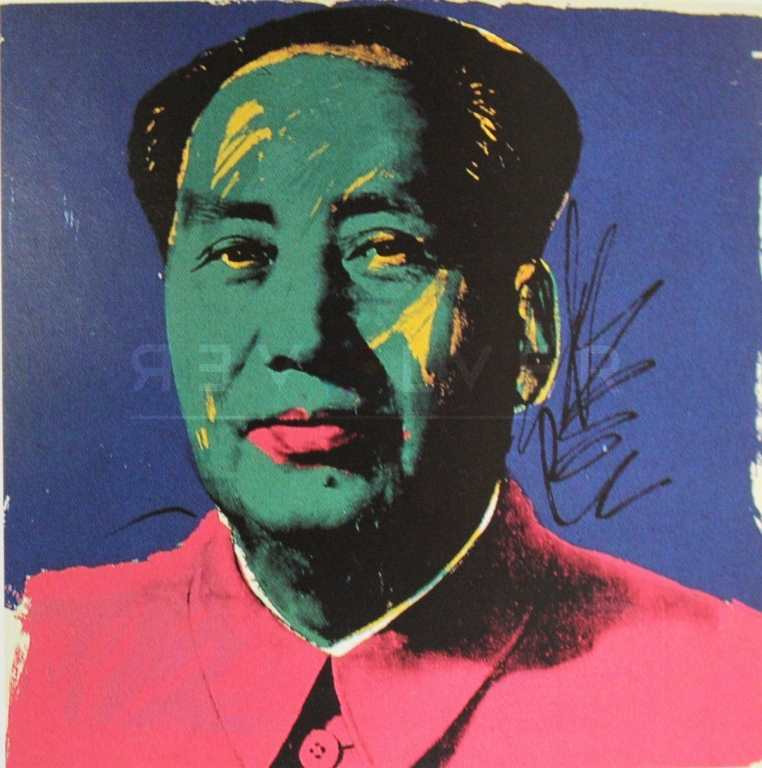 Andy Warhol created Mao 93 in the style similar to that of his celebrity portraits. Warhol combines the image of totalitarian propaganda and the colors of celebrity portraits to demonstrate the cult of personality surrounding the Chinese ruler. He uses bright colors within the print to mimic individualism and personalization, something that is shunned in Chinese culture. The juxtaposition is taken further with the fact that Warhol created a variety of prints with ranging colors. Warhol created the Mao series during the early 1970s during the time he was being commissioned by celebrities to create their portraits. Mao 93 is part of an edition of 250. The use of green and red as contrasting colors in Mao 93 adds not only to the overall juxtaposition of unique versus similar but to pop art's and Andy Warhol's distinctive bright color pattern.