Cow 11A by Andy Warhol, Blue and Brown 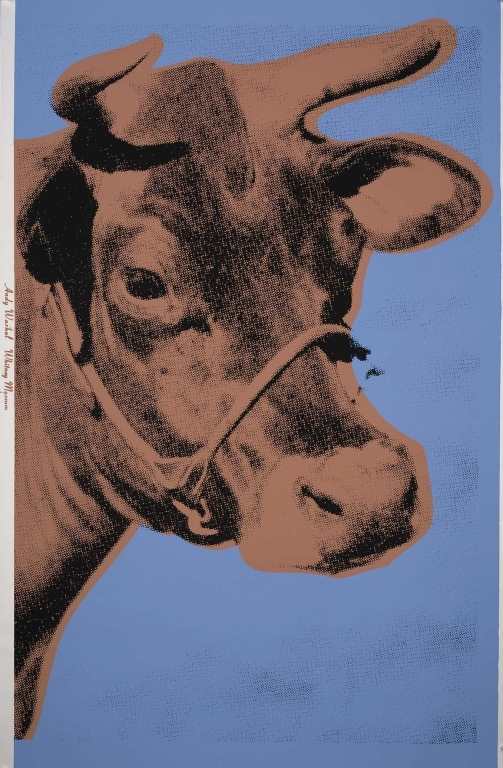 Title: Cow 11A
Medium: Screenprint on wallpaper
Year: 1971
Size: 45 1/2″ x 29 3/4″
Details: Edition unlimited with 100 signed in felt pen. Double stamped by the Estate of Andy Warhol and the Andy Warhol Foundation for the Visual Arts, featuring a corresponding catalogue number.

Andy Warhol was inspired to by art dealer Ivan Karp to create his Cows in the 1960s. Karp suggested to Warhol, “Why don’t you paint some cows, they’re so wonderfully pastoral and such a durable image in the history of the arts.” Warhol’s printer Gerard Malanga chose the photograph of the cow, however it was Warhol’s unique pop art style that made the final product so interesting. He chose a color scheme of light brown on light blue, making the pastoral animal seem like a character from a storybook. Warhol then printed the fanciful Cow image on wallpaper, which he first introduced to his creative production in 1966 with his first Cow. This particular Cow was created for an exhibition in 1971 at Whitney Musem of American Art. In Warhol’s classic mode of repetition, every inch of the walls was covered with his light brown and blue Cow.