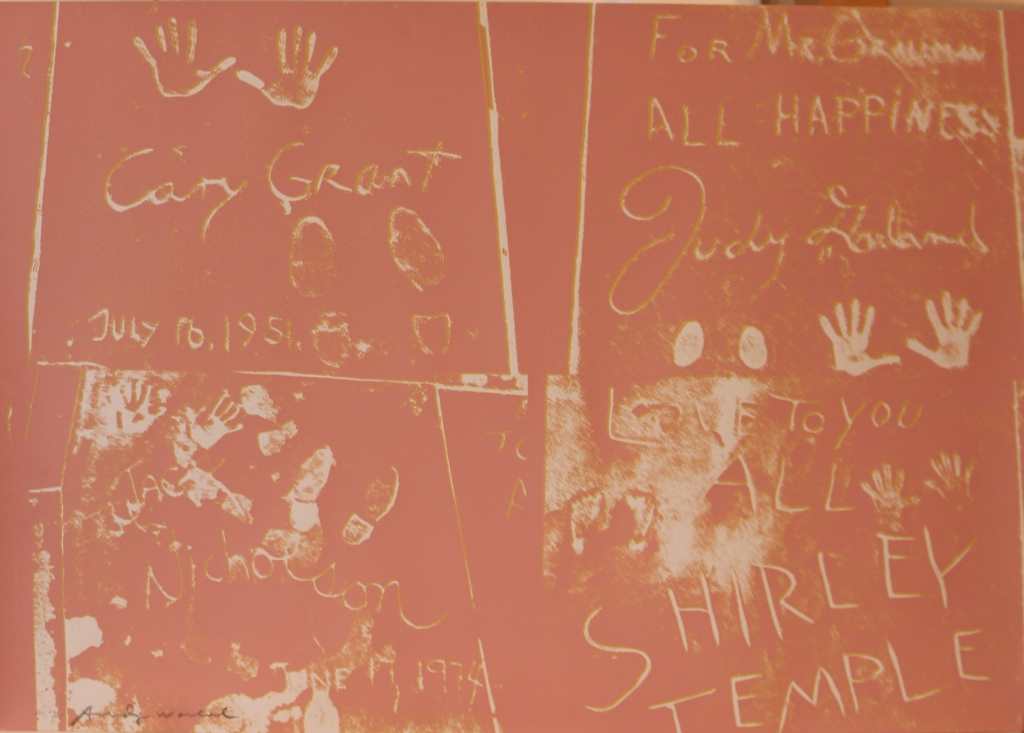 SIDEWALK 304
This beautiful impression has never been exposed to light and is one of the brightest impressions on record. This image displays the handprints and signatures of Cary Grant, Judy Garland, Jack Nicholson and Shirley Temple, which is on the Hollywood Walk of Fame. The Walk of Fame was created to “maintain the glory of a community whose name means glamour and excitement in the four corners of the world.” Warhol’s Sidewalk Series was created to capture one of the many ways that celebrities are memorialized.

SIDEWALK 304 AS PART OF ANDY WARHOL’S LARGER BODY OF WORK
Published in the portfolio ‘Eight by Eight to Celebrate the Temporary Contemporary, ’ which contained eight works by eight artists, to raise funds The Museum of Contemporary Art, Los Angeles, California in 1983. Warhol’s “Sidewalk” print depicts the true signatures and prints of four of Hollywood’s most famous celebrities (Cary Grant, Judy Garland, Jack Nicholson, and Shirley Temple) as seen in their stars on the Hollywood Walk of Fame. Warhol perfectly captures the energy and environment of Los Angeles in this print.