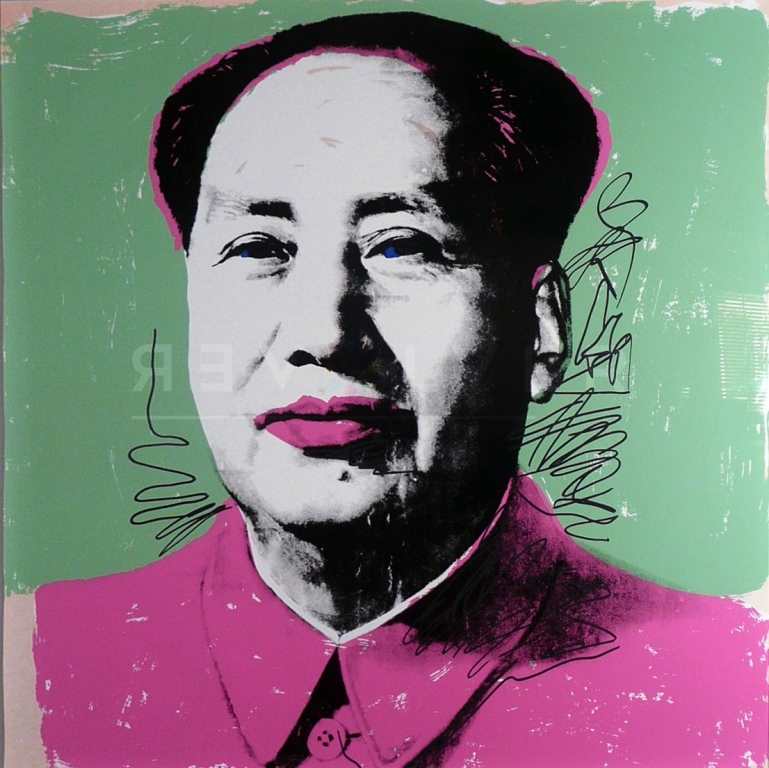 Andy Warhol created this print of Mao Zedong, the Former Chairman of the Communist Party of China, for his Mao portfolio in 1972. In the early 1970’s Warhol was creating many commissioned celebrity portraits, which influenced the style of this portfolio. In this print Warhol uses his signature color blocking style to make Mao look more like the celebrities in the West. Set on a background of green, the portrait of Mao is in black and white with hot pink highlights on his hair, clothes, and mouth. Interestingly, Warhol colored Mao’s eyes blue, a very sought after trait in many cultures. Warhol saw that there was the same cult like following of Mao in the East and celebrities in the West after President Nixon’s 1972 visit to China. Creating this portfolio of Mao in the same style as his celebrity portraits, Warhol intentionally portrayed Mao as a worldwide pop icon.