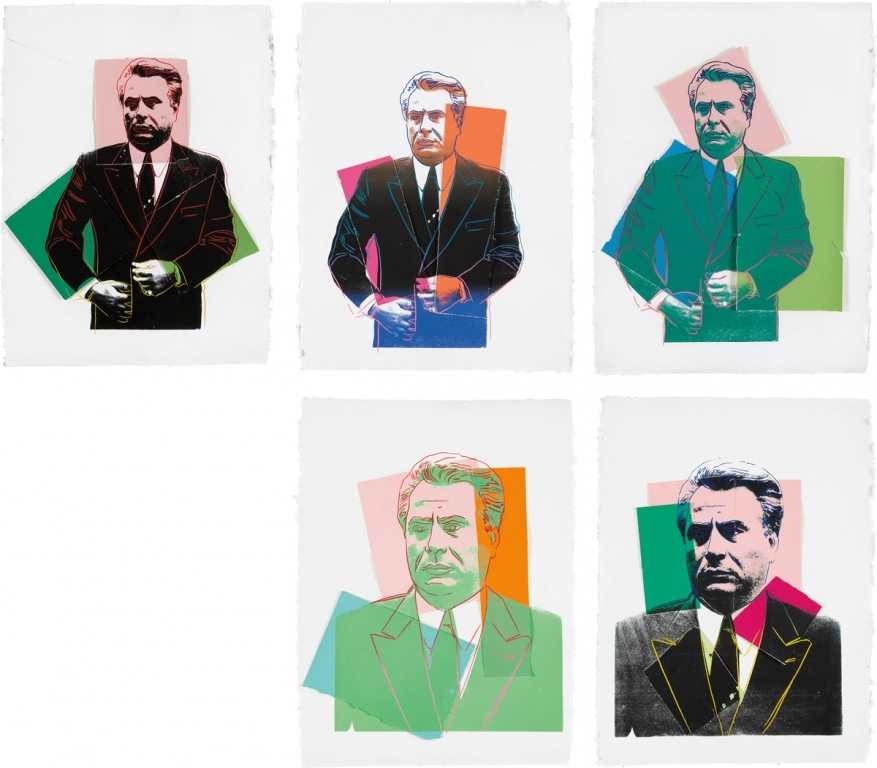 Andy Warhol created the John Gotti Complete Portfolio in 1986 as part of Andy Warhol’s Commissioned Work. At the time, Warhol had been known for his portraits and Time magazine became interested in Warhol due to the magazine dedicating a cover to Gotti in their “Mafia on Trial” September issue. John Gotti, a famous mobster from the Gambino crime family, was charged with murder, loansharking, racketeering, obstruction of justice, illegal gambling, tax evasion, and more. Gambino was, and still is, considered the most infamous member of the Mafia. Six years after the time that Gotti was arrested and acquitted for racketeering, he was charged for murder and sentenced to life in prison without parole. Andy Warhol at the time was known for creating glamorous and beautiful portraits. When Time magazine commissioned him for the cover, Warhol’s subject matter changed from his typical glamorous pop art style portfolio. Although Gotti did not fit into Warhol’s usual subjects, such as movie stars, artists, or musicians, he did possess some attributes that Warhol loved about celebrity life. Gotti was known as “Dapper Don” because of his personality in front of the news cameras and his expensive clothing style. He was glamorous in his own right, and a public celebrity in a crime driven world. For this reason, Warhol gladly accepted the commission and created the unique suite of screenprints with colored paper collage numbered respectively on the reverse side. Collectors always enjoy this specific Andy Warhol portfolio due to the unique pop art representation of a rare celebrity figure.