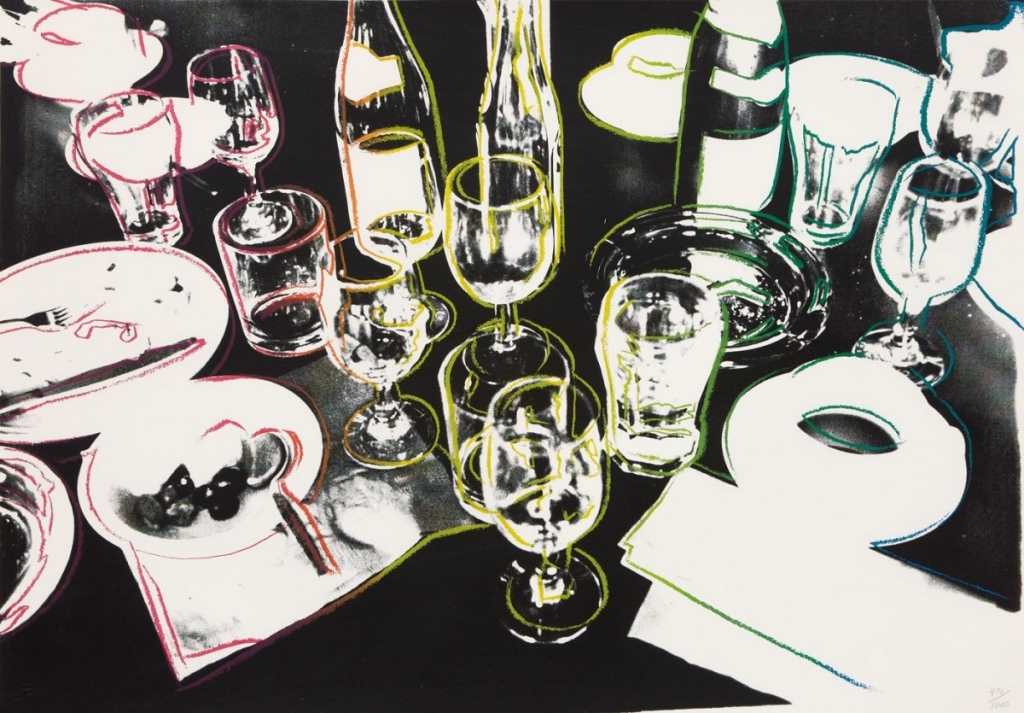 AFTER THE PARTY 183 SIGNED
Warhol’s print, After the Party 183, depicts what would otherwise be a black and white photograph of scattered glasses and plates, brought to life by the rainbow gradient highlighting the scattered objects. There is an inherent chaos in the work, a feeling of excess, in part due to the reflective quality and haphazard arrangement of the glasses, the bright hues that outline the items, and the manner in which the print was created and aligned.

AFTER THE PARTY 183 BY ANDY WARHOL – SIGNED – AS PART OF A LARGER BODY OF WORKS
The subject and the print itself suggest the residue of a frenzied, yet enjoyable, gathering through both compositional arrangement and artistic liberties taken by Andy Warhol in the creation of this print. “The best kind of party I could give would be champagne and nuts and then take everybody dancing.” (The Philosophy of Andy Warhol: From A to B and Back Again p. 196) According to the catalogue raisonné, Andy Warhol Prints by Feldman & Schellmann, the rainbow roll drawing line varies from print to print.