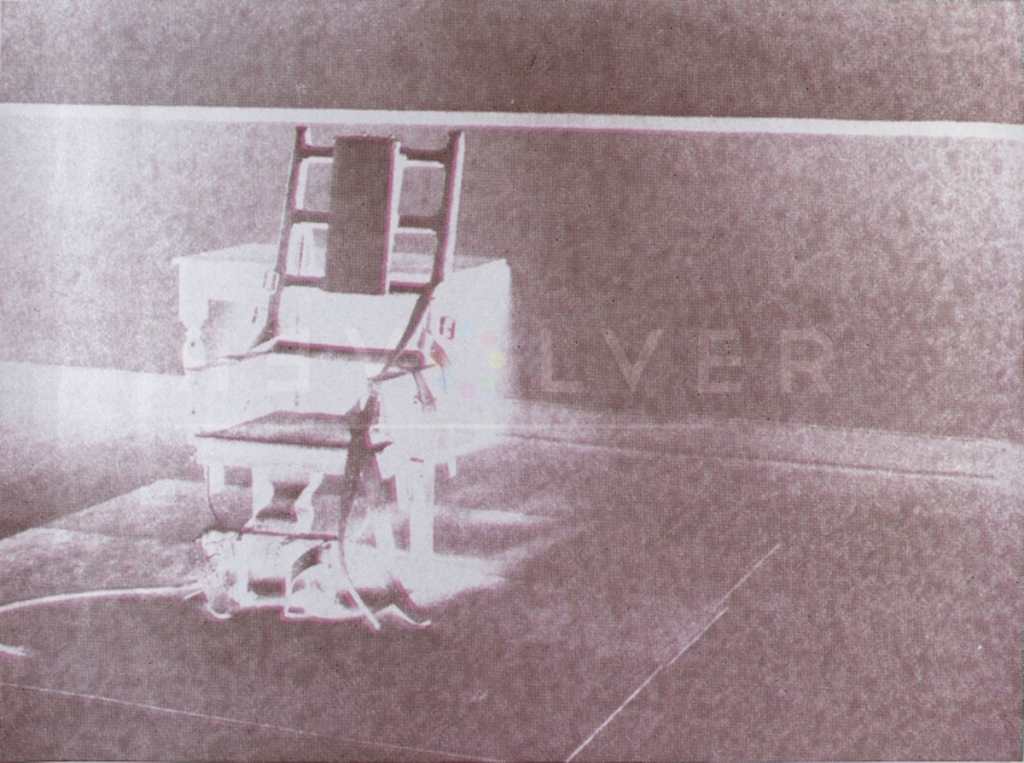 ELECTRIC CHAIR 78
Warhol’s Electric Chairs from his Death and Disaster canon are considered his most famous images. Created in the mid-60s and made into prints in the 1970s, they represent some of the artist’s most controversial and thought-provoking works even today. Warhol has abstracted the image as to almost obliterate it, reducing the image to a notation or blueprint.

ELECTRIC CHAIR 78 AS PART OF ANDY WARHOL’S LARGER BODY OF WORK
Warhol created different screenprints of the electric chair as part of his Death and Disaster series, released in the early 1970s. The series created much controversy, as it focused on the gruesome imagery of suicides and plane crashes. The first set of chairs caused somewhat of a societal uproar, as they were created the same year New York’s Sing Sing State Penitentiary performed its last execution by electric chair. Warhol wanted the Death and Disaster series to be a commentary on society’s ability to numb themselves from tragedy that occurs so regularly.