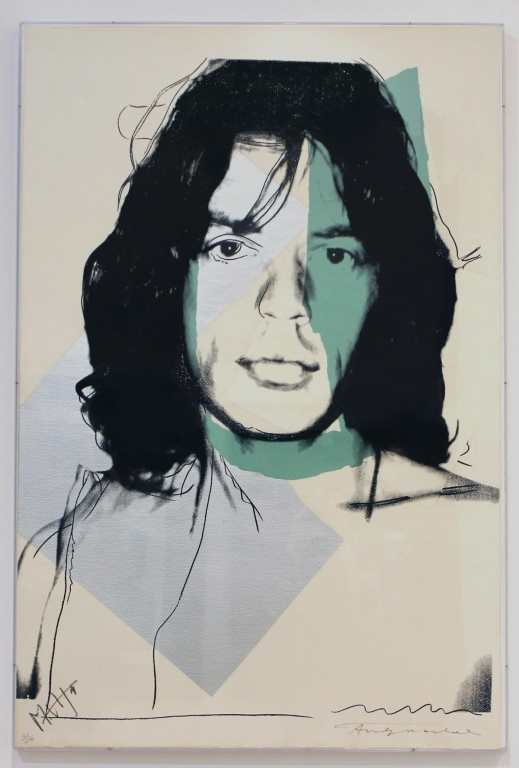 Andy Warhol created his Mick Jagger portfolio while Warhol was at the height of fame in 1975. As a part of the Glitterati, Warhol spent a great deal of time with Jagger and his wife Bianca. Warhol and Jagger became close friends who respected each other’s work. For this series Jagger posed for Polaroids in Warhol’s studio. Warhol then made his iconic screenprints from the photo shoot. Employing his iconic color blocking technique, Warhol used more subdue colors rather than the neon colors he is known for. Collectors enjoy this portfolio for the iconic subject matter of the Rolling Stones front man but also for the subtle use of color that compliments the images throughout the series. Mick Jagger 138 features a font facing Jagger that casually has his hand resting on his shoulder and staring nonchalantly into the camera. Warhol compliments the image with blocks of blue and silver. This image is signed by both Andy Warhol and Mick Jagger along the bottom.