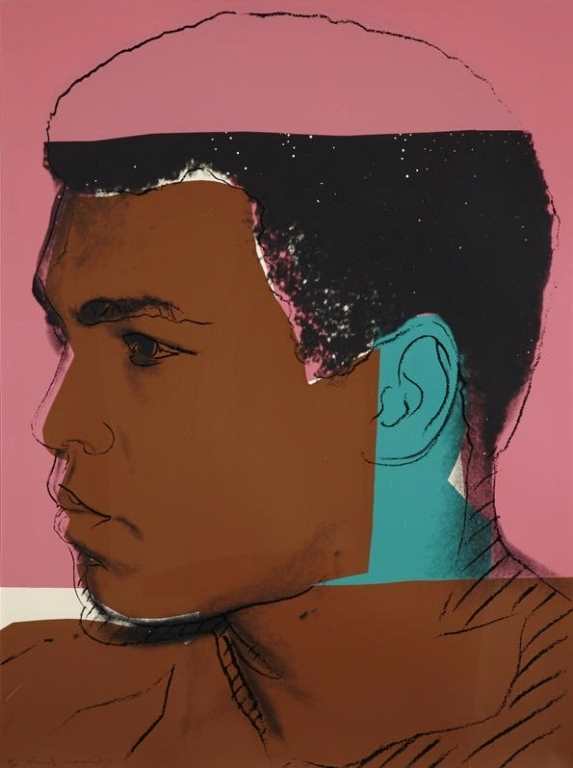 Andy Warhol created Muhammad Ali 179 in 1978 for his portfolio of 4 screenprints featuring the famous boxer. This image of Muhammad Ali’s profile and on a solid pink background exemplifies his supreme attentiveness during a fight. The image is based on poloroid photos Warhol captured of the boxer, highlighting Ali’s poise, concentration, and physicality, all of which contributed to his international celebrity. True to his pop art style, Warhol employs his classic color blocking technique, framing the boxer’s hard stare and highlighting his intense focus and dedicated to the sport. Muhammad Ali is an example of Andy Warhol’s pop art take on classic portraiture and demonstrates his fascination with the idolization of celebrities.