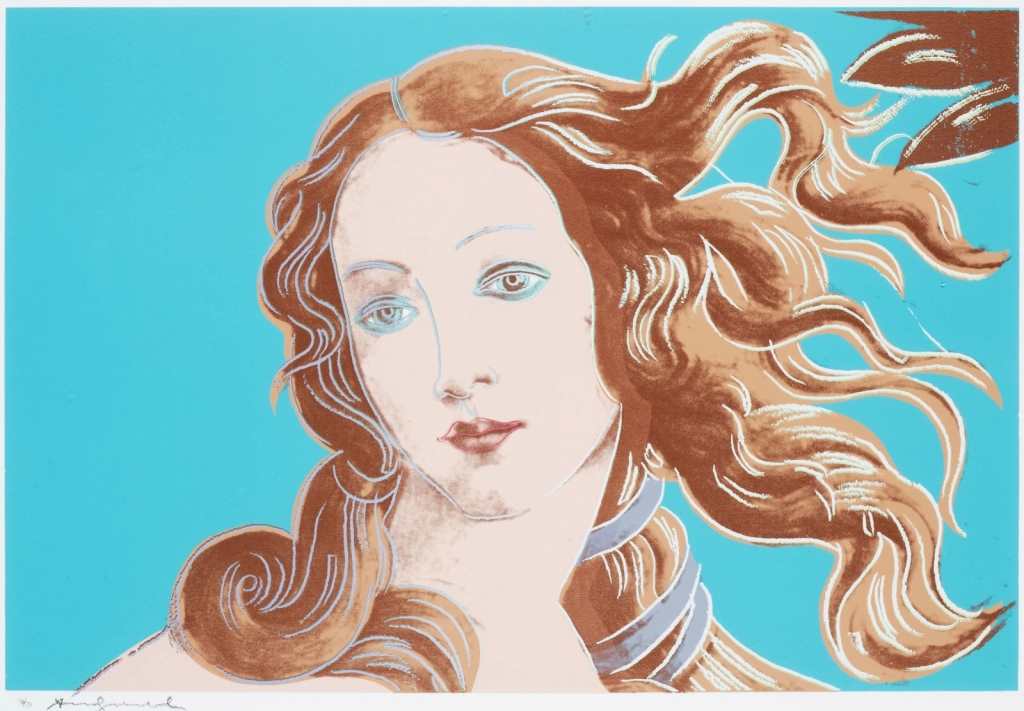 SANDRO BOTTICELLI BIRTH OF VENUS 319
Sandro Botticelli’s Birth of Venus, 1482 was one of his masterpieces that featured Venus, the Roman goddess of love. However, Warhol took her image and title and transformed it to hold a more celebrity status and Pop art feel. Warhol eliminated the excess featured in the original painting, including her body to focus on her face and flowing hair. This specific print of the four-screenprint series portrays Venus in subtler hues against a bright blue background to accentuate her divine beauty.

SANDRO BOTTICELLI BIRTH OF VENUS 319 AS PART OF ANDY WARHOL’S LARGER BODY OF WORK
With “Details of Renaissance Paintings”, Warhol wanted to create a series in which he would give a Pop art rendition to the icons of Italian Renaissance. By taking a classical art piece such as the Birth of Venus, Warhol redefines its significance with his iconic screenprinting methods and various color combinations. This series really demonstrated Warhol’s use of a wide variety of subjects for his pieces, from the conventional every day objects to the idols of the Renaissance, and his ability to give them all a completely different and modern feel.