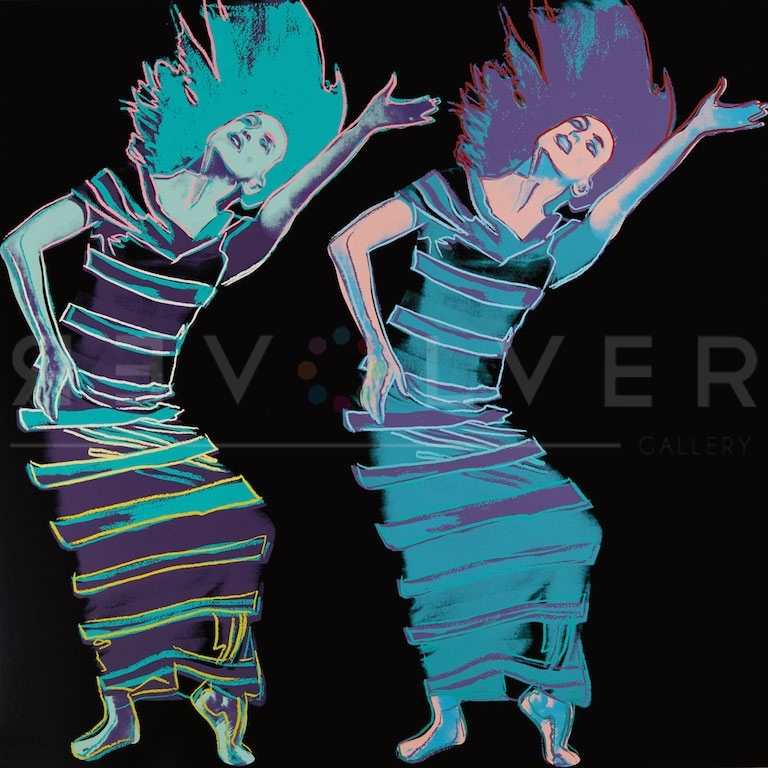 SATYRIC FESTIVAL SONG 387
Satyric Festival Song 387 is one of three screenprints in Andy Warhol’s Martha Graham series. Known as the mother of the modern movement, Graham’s influence is immensely profound on performing arts culture. Ahead of her contemporaries, she was the first dancer to perform at the White House and founded the renowned Martha Graham Dance Company in New York. She once said, “I have spent all my life with dance and being a dancer. It’s permitting life to use you in a very intense way. Sometimes it is not pleasant. Sometimes it is fearful. But nevertheless it is inevitable. (New York Times, 1985)” Since 1929, Graham danced professionally until her retirement in 1958; however, she continued to teach at her dance company until her death in 1991 at the age of 96.

SATYRIC FESTIVAL SONG 387 AS PART OF ANDY WARHOL’S LARGER BODY OF WORK
Satyric Festival Song 387 is one of three screenprints produced in the Martha Graham series of 1986. The source image for the series was taken by American photographer Barbara Morgan, best known for her depictions of modern dancers. To commemorate the 16th anniversary of the Martha Graham Dance Center of Contemporary Dance in New York, Andy Warhol created the portfolio in appreciation of her contribution to the performing arts discipline. Warhol’s portfolio compliments Graham by showing a variation of her abilities not just as a dancer, but as someone who communicates profound emotion through movement and physical expression.