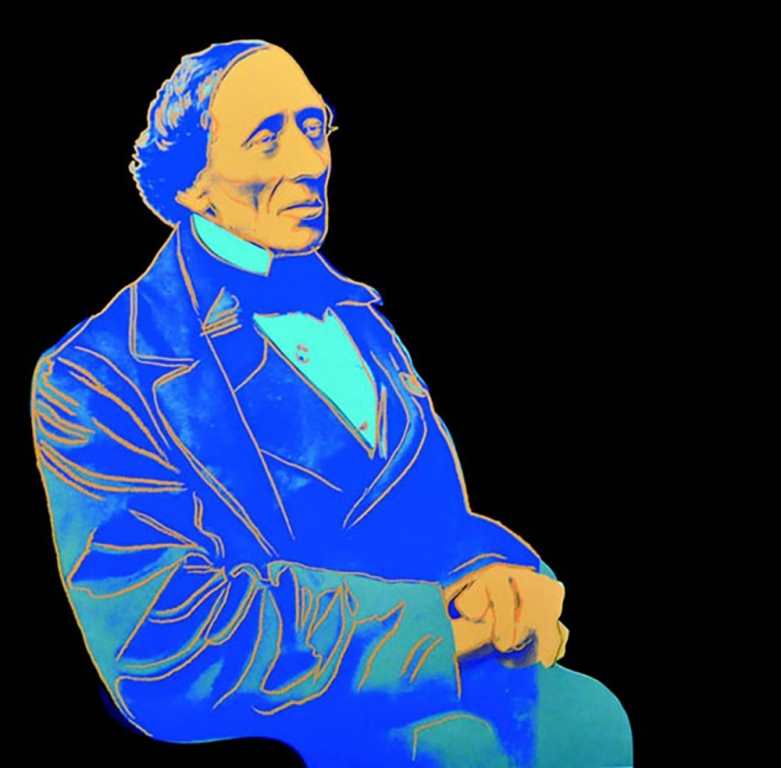 HANS CHRISTIAN ANDERSEN 398
Hans Christian Andersen 398 is a part of a portfolio of four screenprints, three of
the prints including this particular work based on paper cut out pieces of characters
from Andersen’s fairytales. Hans Christian Andersen was a Danish author who became
very well known for his fairy tales that were enjoyed by young and old audiences.
Warhol was inspired by Andersen, which is why he decided to create a series devoted to
the author and his unique characters. The bright blue Warhol uses allows the character
to stand out from the gray and black background.This series, completed in 1987, was printed by Rupert Jasen Smith in New York and published by Art Expo Danmark, Odense, Denmark.

HANS CHRISTIAN ANDERSEN 398 AS PART OF ANDY WARHOL’S LARGER BODY OF WORK
Hans Christian Andersen became famous for his fairy tales that transcended age and
culture. Considering Warhol took great interest in creating portraits and series on iconic
figures, it is not surprising that Warhol would choose to create a series on the very
talented and well-known author and his many wonderful characters.