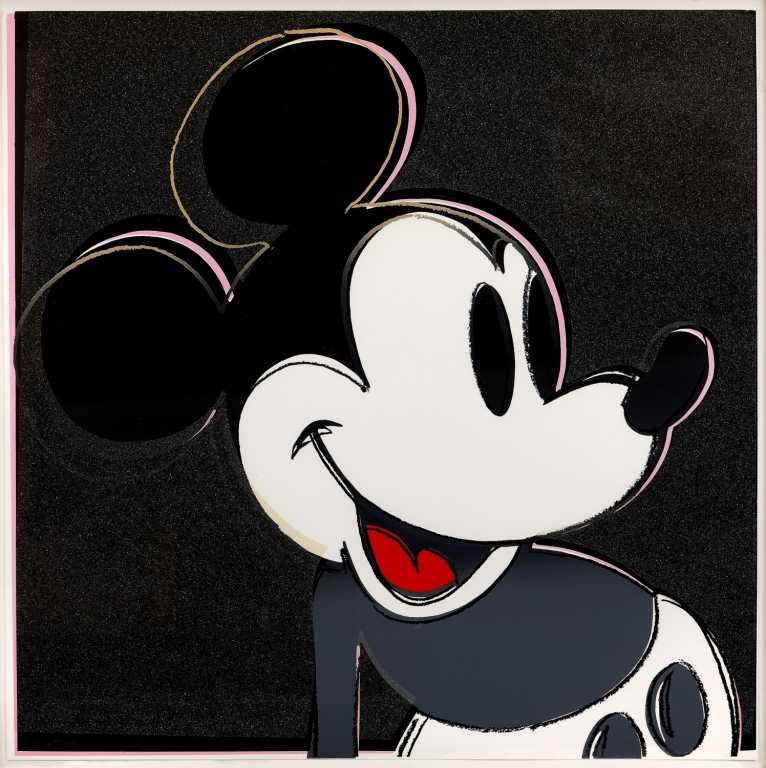 Mickey Mouse 265 is a part of ten screenprints in the Myths series that exemplify Warhol’s unerring sense for the powerful motifs of his time. Most of the images in Warhol’s Myths series are taken from 1950s television or old Hollywood films. They portray the universal view of America’s once captivating and commanding past.