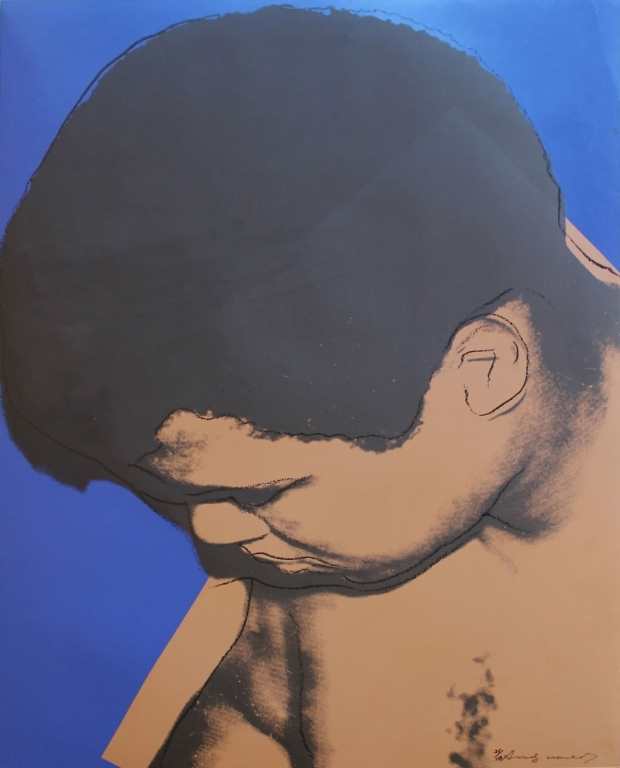 Andy Warhol created Muhammad Ali 180 in 1978 for his portfolio of 4 screenprints featuring the famous boxer. While Warhol himself was not a fan of sports, he was fascinated with celebrity and idolization of famous athletes like Ali. The image is based on poloroid photos Warhol captured of the boxer, highlighting Ali’s poise, concentration, and physicality, all of which contributed to his international celebrity. This image sets Ali against a deep blue background, focusing on the boxer looking down and highlighting his intense focus during a fight. Andy Warhol’s portrait of Muhammad Ali is exemplary of the pop art king’s take on portraiture and obsession with fame and celebrity.