Campbell’s Soup I: Onion Made With Beef Stock (FS II.47) 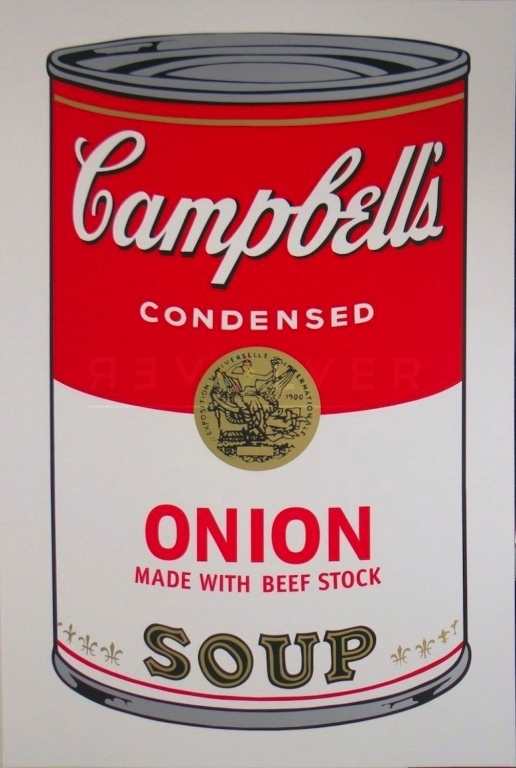 The Onion (made with beef stock) soup can is part of Warhol’s portfolio entitled “Campbell’s Soup I” which was his first soup can print portfolio. This portfolio came six years after Warhol introduced the world to his soup cans when he exhibited them at the Ferus Gallery in Los Angeles. The iconic label of the Campbell’s Soup can is not altered in any way which makes the image that much more powerful. The only difference between the different prints within the portfolio is that they each represent a different flavor of soup. All of which were very popular during the time.

Warhol utilized the idea of repetition many times throughout his career because he liked to take meaning away from the images he was representing. By using objects of mass consumption or images of tragedy or celebrity, he would break them down and take them out of context. This was important because most of the time these were images that people had seen before because Warhol had taken them from other media sources. Warhol continued to play with the soup can imagery, contorting and altering the shape of the can. But it is the classic soup can, like this one, which remains the most sought after, and continues to bring more collectors into the market.