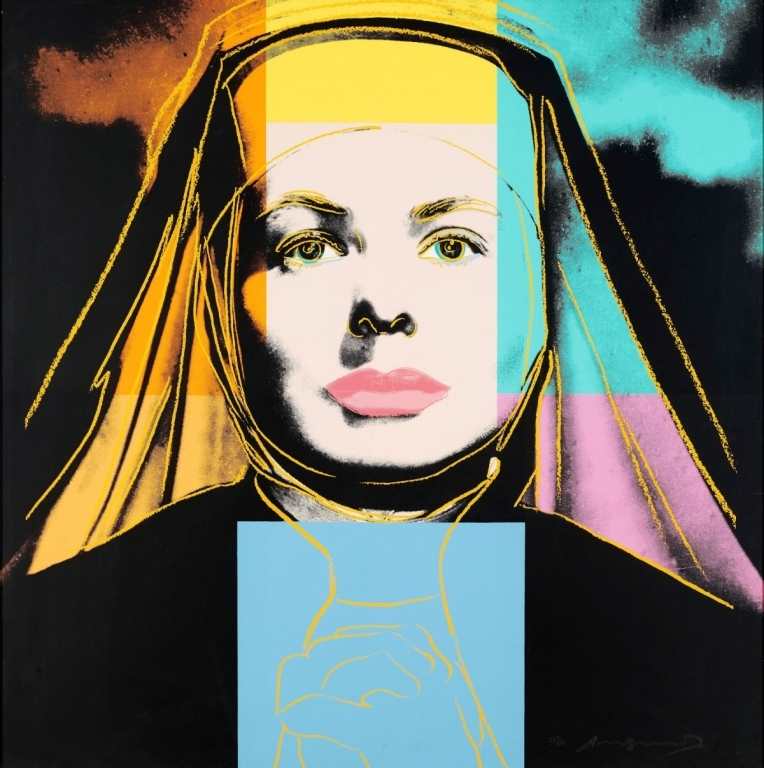 Andy Warhol created Ingrid Bergman (The Nun) 314 for his Ingrid Bergman series in 1983. This print features a movie still from the 1945 movie The Bells of St. Mary that stars Bergman. Warhol chose this role of Bergman because critics considered Sister Mary to be one of Bergman’s standout roles for the depth she brought to the character. The image features Bergman in full nun garb praying. Warhol employs his signature pop art color blocking in orange, yellow, blue, and pink highlighted by yellow tracing of the outline of Bergman. This series also features a publicity photo and a movie still from Casablanca to round out the portfolio. Ingrid Bergman (The Nun) 314 by Andy Warhol is popular among collectors because of the popularity of Ingrid Bergman and the pop art style that transform a moving image.