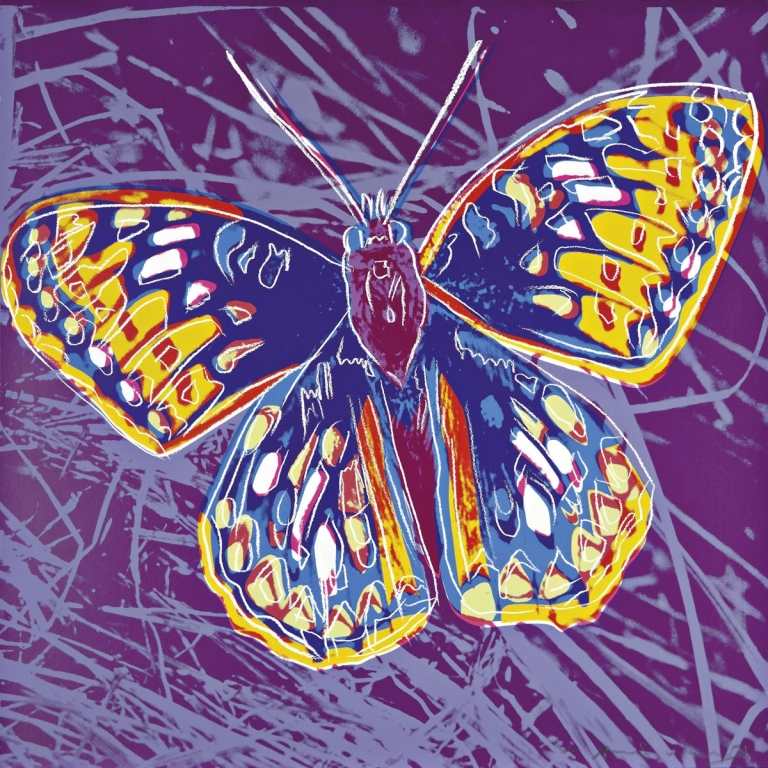 SAN FRANCISCO SILVERSPOT 298
The Silverspot is a species of butterfly whose name alludes to the silver markings underneath its wings. Its decline in population is largely due to its habitat being close to major cities like Oakland, Berkeley and San Francisco. The open areas have become less and less due to suburbanization and the little fields that are left are dominated by non-native plants and grazing animals that destroy its habitat.

SAN FRANCISCO SILVERSPOT 298 AS PART OF ANDY WARHOL’S LARGER BODY OF WORK
In 1983 Warhol was commissioned by his friend and publisher Ron Feldman and his wife Freyda to create the series of ten endangered species to raise environmental consciousness. Both Freyda and Ronald were celebrated political activists who were very active philanthropists. Warhol fondly referred to this series as his “Animals in Makeup, ” given the bold pop colors he uses to portray the animals as large than life. In 1986, Warhol was commissioned again to do a series of animals in danger of extinction, this time it was illustrations for a book detailing the animals’ backgrounds and what kind of impact their extinction would have on our livelihood.