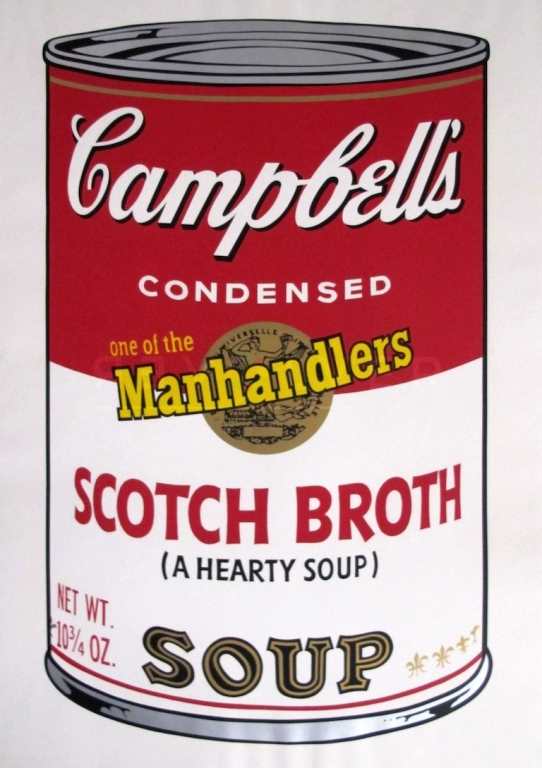 Warhol’s collection of prints representing Campbell’s Soup cans is arguably his most iconic and widely recognized series of artwork. The Campbell’s Soup portfolios represent many themes that Warhol continues to work with throughout his career, including the powerful role that mass consumption plays on postwar society. The semi-mechanized process he used to create his works is something that is characterized with Warhol. His Campbell’s Soup series helped to usher in the Pop Art movement that endures today, renewed and rediscovered by artists such as Damien Hirst and Jeff Koons.