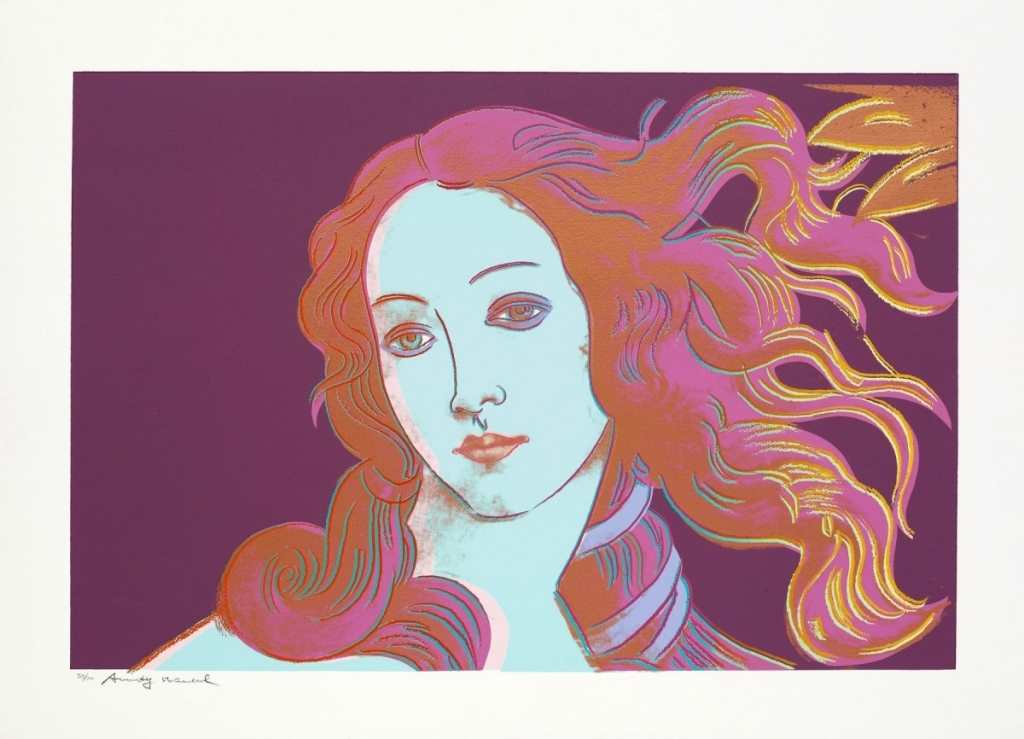 SANDRO BOTTICELLI BIRTH OF VENUS 317
Warhol created his own rendition of Botticelli’s “Birth of Venus” as a part of a series intended to give a “Pop” twist to the icons of the Italian Renaissance, including the Botticelli masterpiece “Birth of Venus.”

SANDRO BOTTICELLI BIRTH OF VENUS 317 AS PART OF ANDY WARHOL’S LARGER BODY OF WORK
The Birth of Venus is an allegorical image of the Roman Goddess of love and beauty emerging from the sea, a common theme seen in ancient and classical art. Most famously, Italian Renaissance artist, Sandro Botticelli created a painting of the figure after he was commissioned by the famed Medici family. The scene is said to be an interpretation of a poem by Angelo Poliziano. Warhol created four different versions of Sandro Botticelli, Birth of Venus, 1482 as he did with his Marilyn prints and canvases, bestowing celebrity status on the allegorical figure of love. As with his Marilyn series, Warhol adds brilliant colors to his images of the Roman goddess, provoking thought on the ancient ideals of female beauty as they relate to beauty in the modern world.