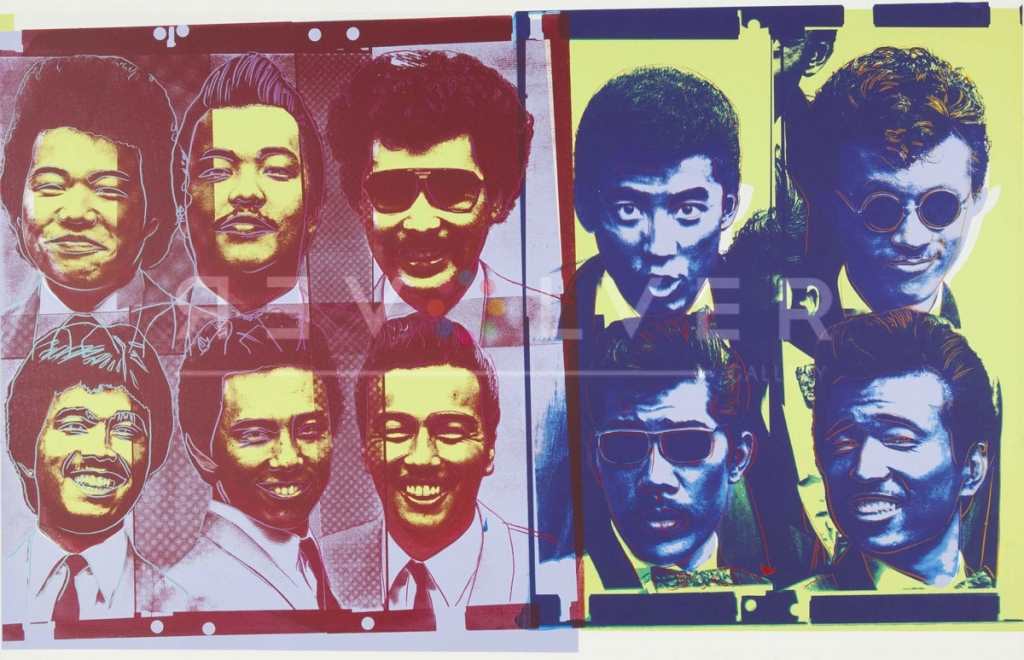 Title: Rats and Stars Unique (FS IIIB.21)
Medium: Screenprint in Colors on Lenox Museum Board.
Year: 1983
Size: 32″ x 40″
Edition: One of a small number of impressions.
Warhol started working on the original print as a commission for an album cover for the Japanese band The Chanels, who were embroiled in a copyright battle over their name with French fashion brand Chanel. The name Rats and Star 21 utilizes the fact that Rats is a palindrome for Star, which reflected the band members’ life story. Rats was the term used to define the poor living conditions that the band endured while growing up in the less affluent areas of Tokyo. Their story of rags to riches and eventual pop stardom suggested that even rats could become stars, a notion close to Warhol’s heart as the son of working-class immigrants.