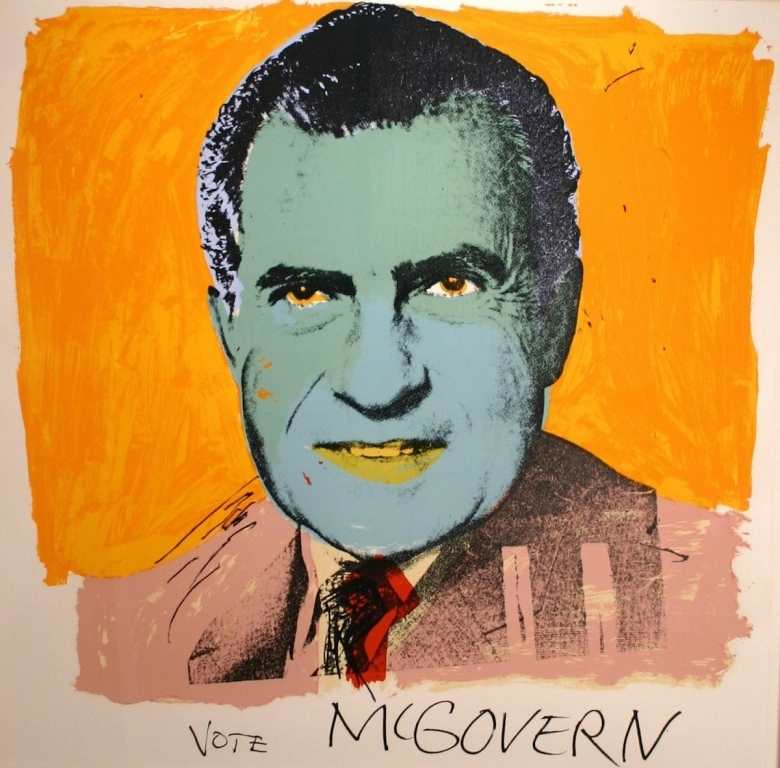 Andy Warhol created Vote McGovern to raise funds for George McGovern’s 1972 presidential campaign against Richard Nixon. Rather than depict McGovern himself, Warhol chose to represent his opponent in a negative light. Warhol used portraiture to portray Nixon as demonic. Giving Nixon a light blue face and orange eyes, Warhol surrounded the politician’s face with bright orange to give the impression that he was erupting into flames. The graffiti scrawl at the bottom of the portrait clarifies his political position, warning the viewer to “Vote McGovern.” Vote McGovern is an example of Andy Warhol’s political portraits, and comes from an edition of 250 screenprints.