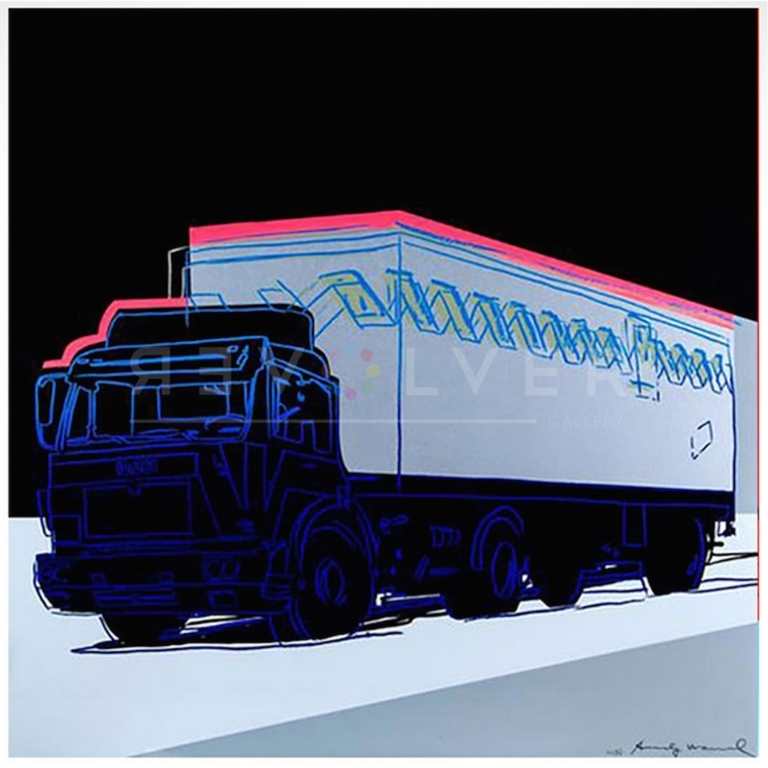 Warhol Truck 370 is a screenprint that was created by Andy Warhol in 1985 as a part of his Truck series, a portfolio of four images. These were published in conjunction with the Bundesverband des Deutschen Guterfernverkehrs to commemorate the twentieth World Congress of International Road Transportation Union. This image is based off a photograph of a truck, but it is colored and detailed in a way to give the print an almost animated look. The image contrasts vivid and monotone colors to create a dynamic composition.

The Truck series was produced in 1985 in cooperation with the Bundesverband des Deutschen Guternverkehrs to commemorate the Twentieth World Congress of the International Road Transportation Union. This series consists of four screen prints on Lenox Museum Board and showcases Warhol’s technique of multiple layering of saturated colors. The the image of the truck in the screen print is translucent and then layered over various colored backgrounds.