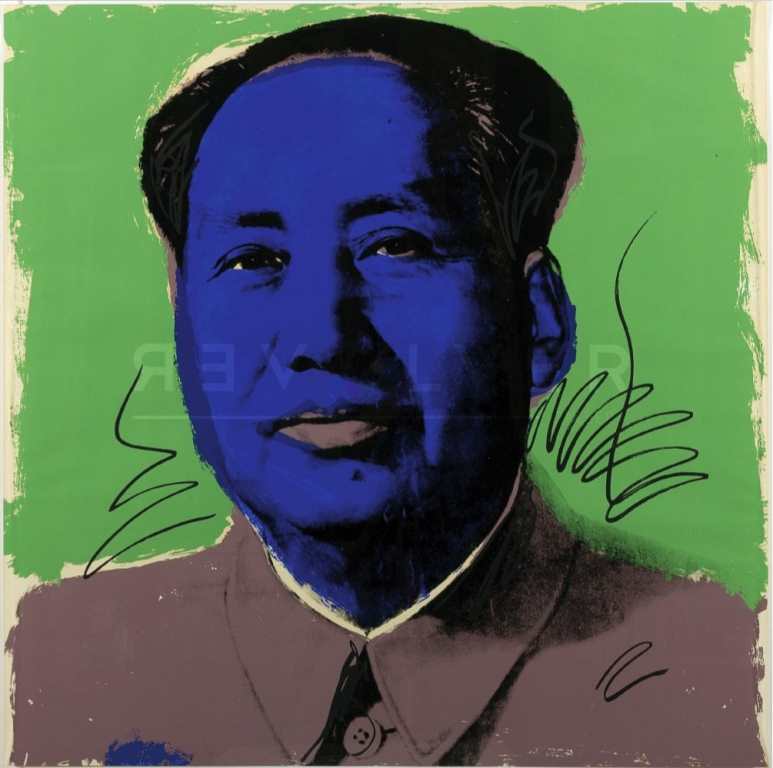 Andy Warhol created this green and blue version of Mao Zedong for his 1972 portfolio featuring the former Chairman of the Communist party of China. Reminiscent of the artist’s celebrity portraits, Warhol puts a pop art twist on the image of totalitarian propaganda by depicting Mao in bold vivid colors typical of his celebrity portraiture. In Mao 90, Andy depicted the Chinese ruler with a flamboyant blue face and light pink lips in make-up-like fashion. The subject stands out against the bright green background and the screenprint is decorated with black squiggly lines, used to demonstrate the cult of celebrity that surrounded the Communist Chairman. The images are a sharp contrast to the Communist ideologies Mao represented, which rejected individualism. Andy Warhol took this juxtaposition further by creating the portraits of Mao Zedong in ten different color variations, typical of the pop artist’s method of repetition.