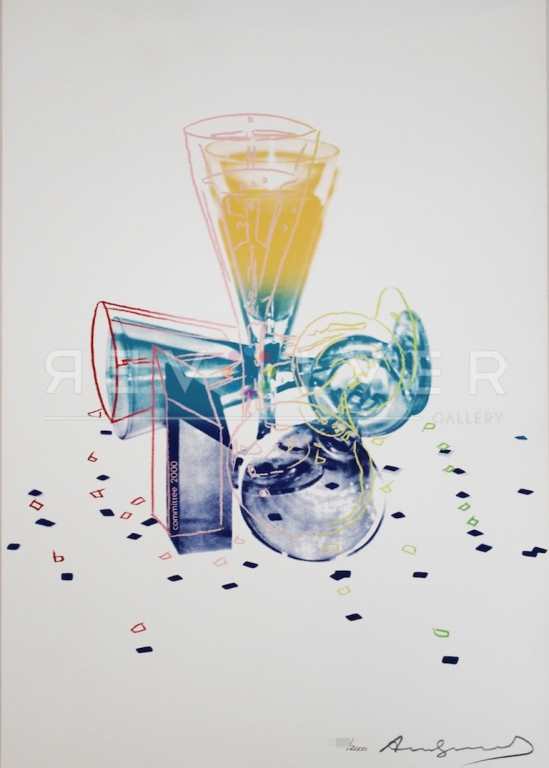 COMMITTEE 2000
This print is an example of Warhol’s modern take on the traditional “still life” painting, in which ordinary objects are depicted in order to display an artist’s virtuoso. The brilliant blue, purple and vibrant hot pink coloring of the piece established an extraordinary composition. The highly saturated colors are minimal in this particular print, and the exaggerated outlines of the subject matter imply a sense of movement. It is almost as if the glass had just tipped over with the other two perilously wobbling — the ground still buzzing with activity.

COMMITTEE 2000 BY ANDY WARHOL AS PART OF A LARGER BODY OF WORK
The Committee 2000 commissioned Andy Warhol to create a piece that would be used for an upcoming fundraiser to raise money for future projects. While these types of paintings were most popular during the Renaissance, Warhol incorporates the same theme, while applying a completely unique method to this genre of subject matter. The screenprint depicts champagne glasses, horns and confetti, which is divided by horizontal blocks of color. Whereas the traditional approach to the “still life” painting was to recreate a scene in a manner as realistic as possible, the geometric composition and repetitive demarcations are characteristic applications of Warhol’s version of the modern-day “still life.”