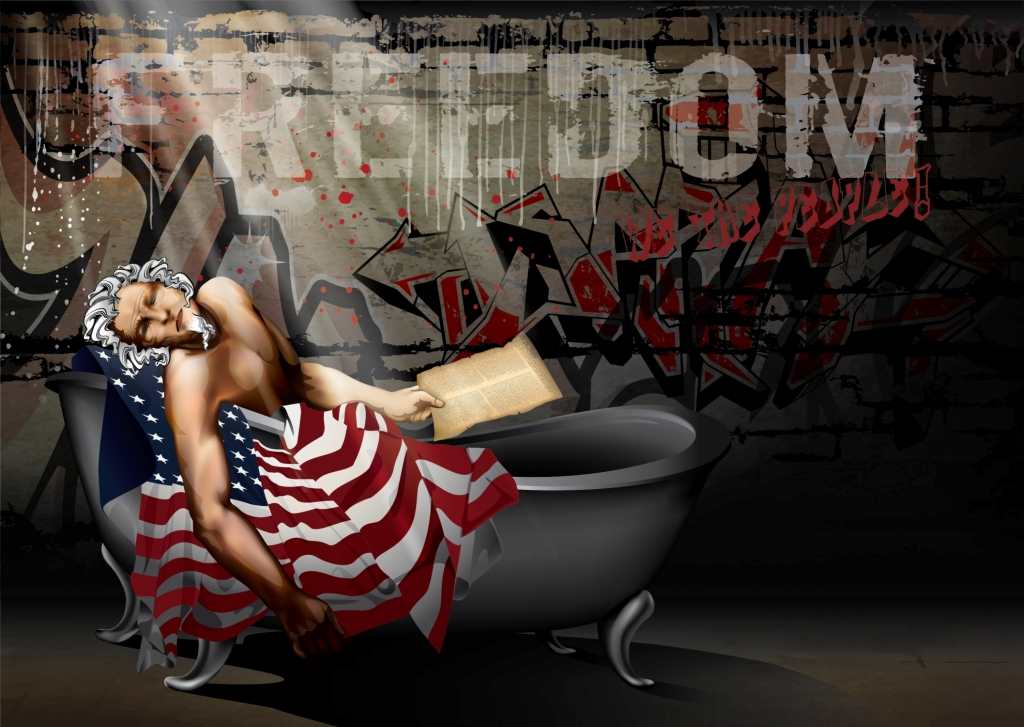 Good To Know: CoA (Certificate of Authenticity) issued by the artist

Arty-Fact: Influenced by the “The Death of Marat” (1793) by Jacque Louis David, Death of the American Dream reflects the iconic Uncle Sam as a personification of the U.S. and the moral good it once stood for. The beacon of freedom and democracy has fallen from grace. The world looks for new leadership. Developing countries come to the fore as the once revered American working class lags hopelessly behind. This is the sign of the times as interpreted by Booda Brand.

Can Of Worms
Booda Brand