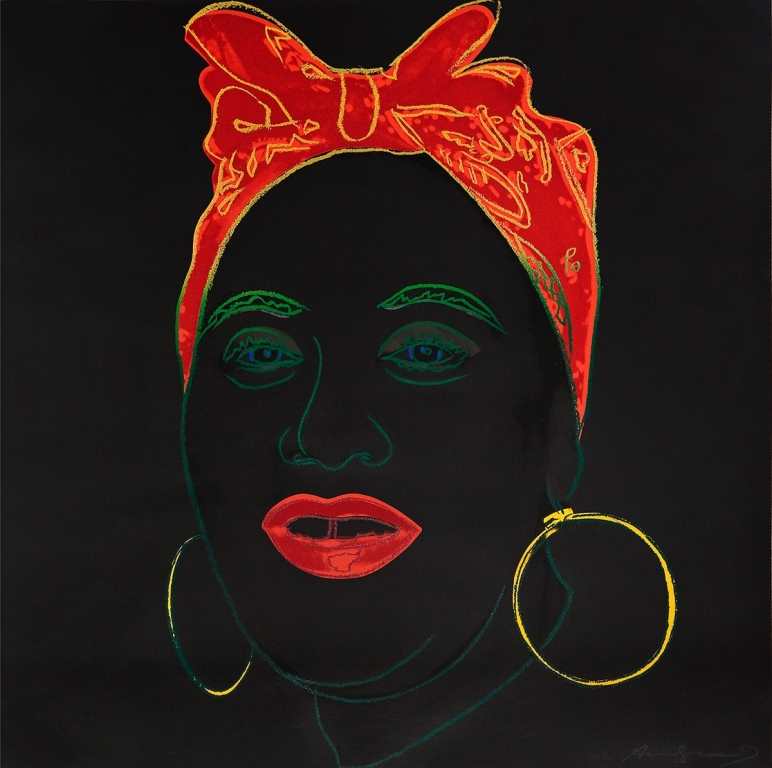 MAMMY 262
Mammy 261 is based on a character that is not known in one particular context, but instead, seen in various forms of pop culture, present in movies like Gone With the Wind (1939) and comic strips and cartoons like Tom and Jerry (1940). The earliest characterization of the Mammy figure was in Harriet Beecher Stowe’s anti-slavery novel Uncle Tom’s Cabin (1852). Over the years, Mammy has become a largely mythologized character that is mostly seen as a positive maternal figure, as the way Warhol has portrayed her. He chose to include her in his Myths portfolio as a character who makes up an intricate and developed narrative of American Pop culture.

MAMMY 262 AS PART OF ANDY WARHOL’S LARGER BODY OF WORK
Mammy 262 is a part of ten screenprints in the Myths series that exemplify Warhol’s unerring sense for the powerful motifs of his time. The characters featured in Warhol’s Myths series are taken from 1950s television or old Hollywood films. They portray the universal view of America’s once captivating and commanding past. Other pieces included in the series are characters loved by children such as Mickey Mouse, Howdy Doody, and Santa Claus, as well as fictional figures like Dracula, The Wicked Witch of the West, and Uncle Sam.