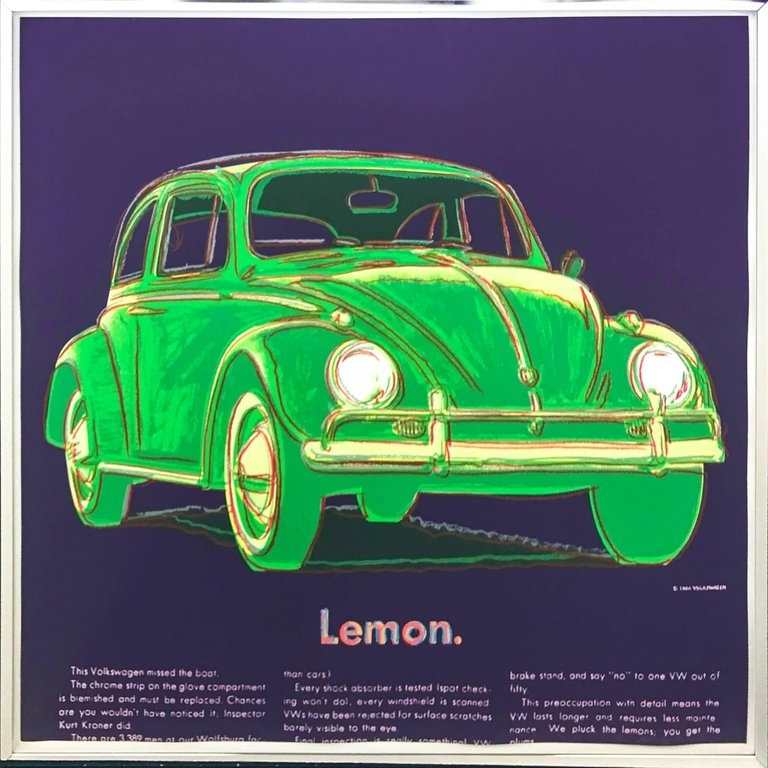 VOLKSWAGEN 358
From his 1985 Ads series, Volkswagen 358 is a screenprint created by Andy Warhol featuring an ad for the Volkswagen car.

VOLKSWAGEN 358 AS A PART OF ANDY WARHOL’S LARGER BODY OF WORK
In his Ads series, Warhol explores how these widely recognized emblems, trademarks and logos have become symbolic to the American consumer, whether they are aware of it or not. The series contains images ranging from the Mobil Gas logo to Judy Garland as a spokeswoman for Blackglama Furs. There is no explicit pattern in the images Warhol chose, other than their formation as advertisements for large corporations and their origins in the 50s and 60s. The series was created towards the end of his life, as he looked back on the images that inspired him early in his career.