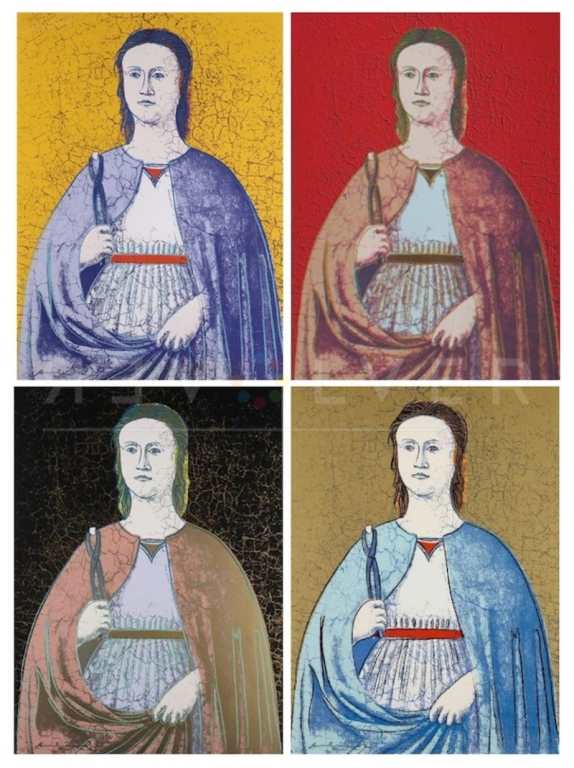 The screenprint of Saint Apollonia is inspired by a panel painting attributed to the workshop of Piero della Francesca (1470). Apollonia is recognized as the patron saint of dentistry as it was believed that her teeth were broken with pincers during her martyrdom in the 3rd century. The 5th century painting hangs in the National Gallery in Washington, D.C. Warhol’s work, like that of many artists, studies themes surrounding religion and their inherent iconography. In this suite, it is his artistic respect for the icon that is uniquely notable. As opposed to applying color in broad strokes and having layers purposely misalign and bleed over each other, Warhol delicately executes his image. There is very little cropping in this print compared to the original painting he referenced and he even preserves the ‘cracks’ from the original, almost treating the suite as an homage.