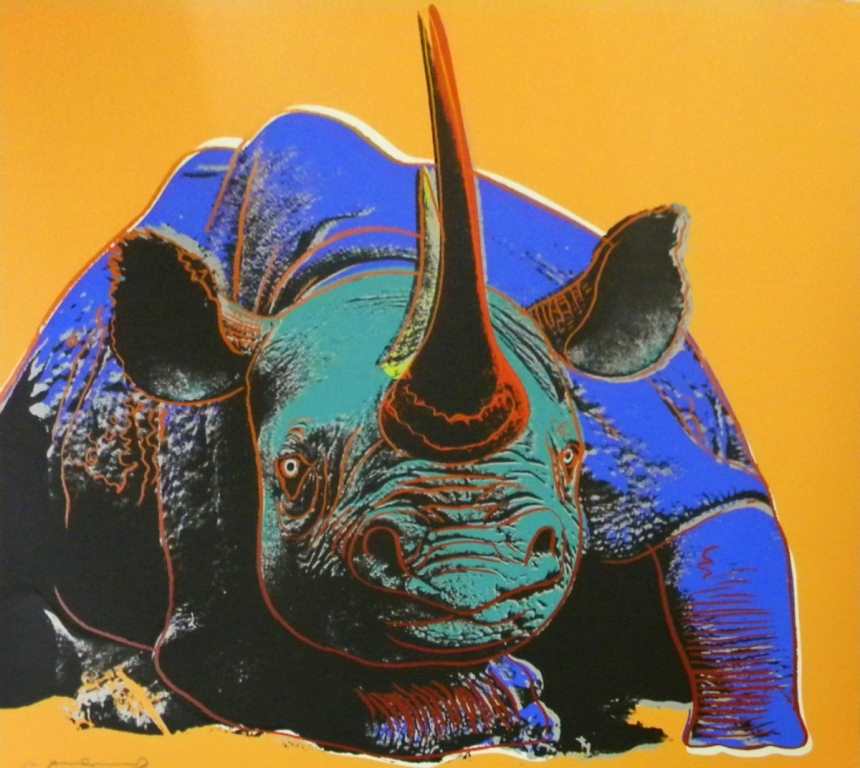 BLACK RHINOCEROS 301
Black Rhinoceros 301 is one in a series of 10 prints from the Endangered Species portfolio. The portfolio includes the African Elephant, the Pine Barrens Tree Frog, the Bald Eagle, the Giant Panda, the Siberian Tiger, the San Francisco Silverspot, the Orangutan, Grevy’s Zebra, the Black Rhinoceros and the Bighorn Ram.

BLACK RHINOCEROS 301 BY ANDY WARHOL AS A LARGER BODY OF WORK
In 1983, Warhol was commissioned by his friend and publisher Ron Feldman and his wife Freyda to create the series of 10 endangered species. Both Freyda and Ronald were celebrated political activists who were very active philanthropists. In 1983, they asked their friend Warhol to create a portfolio of 10 endangered animals to raise environmental consciousness. Warhol fondly referred to this series as his “animals in makeup, ” given the bold pop colors he uses to portray the animals as larger than life.