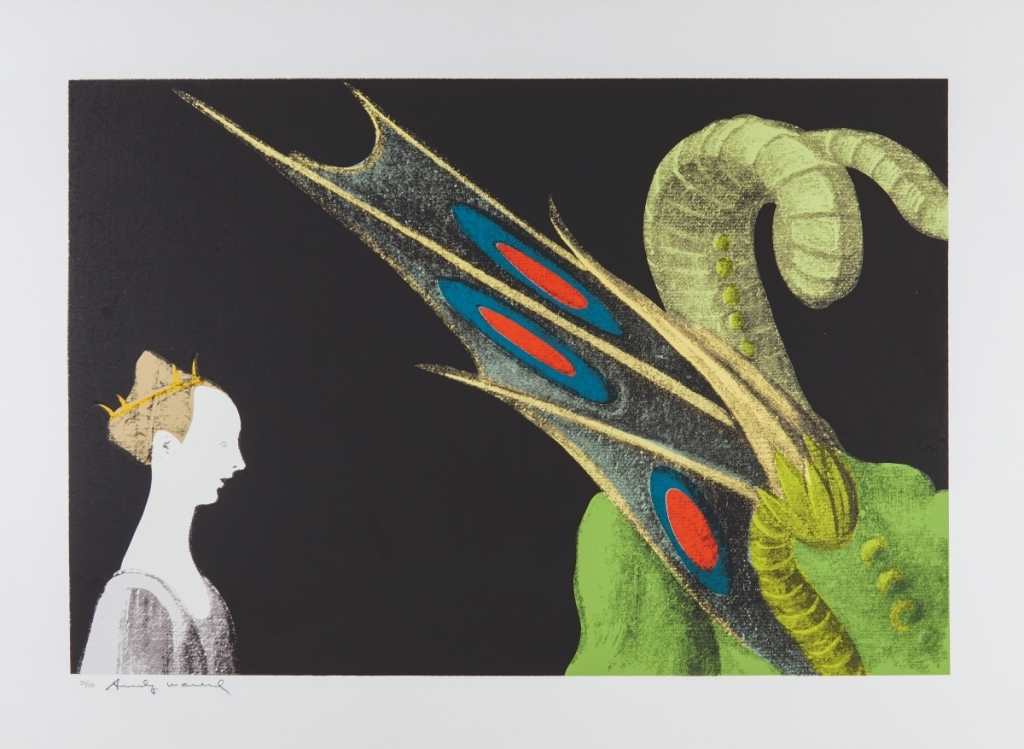 PAOLO UCCELLO ST. GEORGE AND THE DRAGON 324
Warhol’s larger portfolio entitled “Details in Renaissance Paintings” include several paintings in which Warhol transforms with his own signature style. One of them being Paolo Uccello’s St. George and the Dragon. Warhol recreated this painting into a screenprint of four, using different color combinations to add individuality to each print. Paolo Uccello St. George and the Dragon 324 showcases bold colors with a red-tone film that covers the whole print. This gives it a more Pop art and unique feel to the print. By focusing on the damsel’s upper body and one of the dragon’s wings, Warhol was able to extract this portion from the larger whole so as to emphasize the detailing in his print.

PAOLO UCCELLO ST. GEORGE AND THE DRAGON 324 AS PART OF ANDY WARHOL’S LARGER BODY OF WORK
Warhol wanted to refurbish Italian Renaissance paintings into Pop art prints with bold colors. However, by producing many prints of different color combinations with the help of the screenprinting process, Warhol’s pieces became more commercialized. By focusing on specific parts of the original work, Warhol extracted his prints from the original context and meaning. This forced his audience to look at his prints separate from the original paintings, in a Pop art perspective. Despite Warhol’s intent to strip his works from the painting’s original context, he still honored and respected the works of the great artists of the Renaissance era.