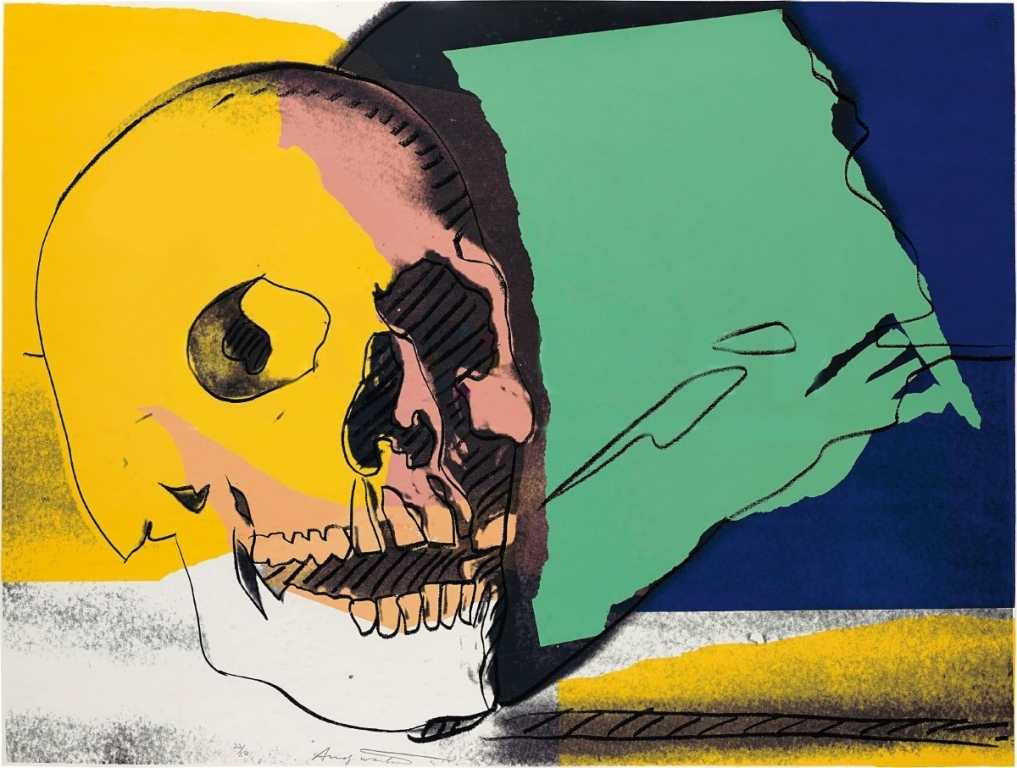 SKULL 158
Part of Andy Warhol’s Skulls series, Skull 158 is one of four screenprints created with vivid colors that stands in contrast to the photographic image of a human skull resting on a flat surface which this image rendures. Based on a photograph taken by Warhol’s assistant, this print is an example of Warhol’s play and interest with light, using photography as a way to experiment its relationship to an object. He angled the Skull in such a way to accentuate the forehead and cheekbone, while the eye sockets and chin recesses are deep in shadow.

SKULL 158 AS PART OF ANDY WARHOL’S LARGER BODY OF WORK
Andy Warhol’s Skulls series represents the important shift in Warhol’s work, possibly influenced by being critically shot in 1968, an event which profoundly affected his life and art. Historically in art, the human skull represented the theme “vanitas” knows as mortality or the shortness of life. It suggested that the skull is simply a motif; a part of Warhol’s desire to evoke the human condition. Working with assistants thought out his career, Warhol was able to create multiple prints of a similar subject. Skull (FS II.158) is an example of that in which its subject resembles other parts in its series. The Skull series vary in print (canvas, linen or paper), color combinations, and the level of individual vibrancy.