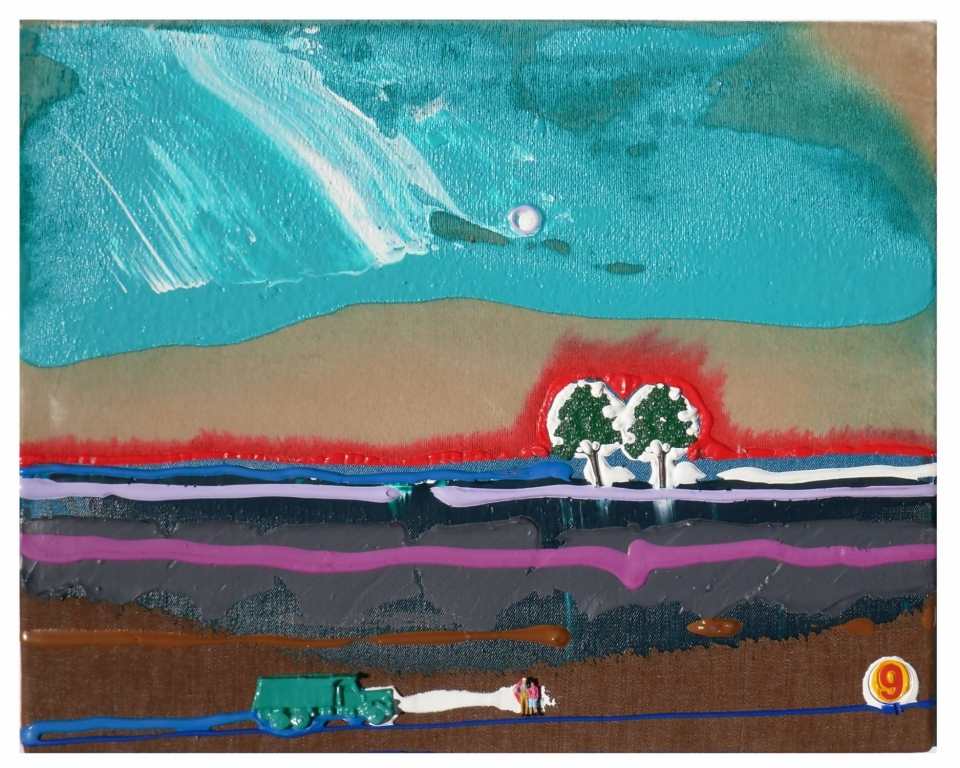 Andrews’ paintings were initially composed through the conventional observation technique and are now heavily influenced by his memory. He uses strong opaque colour which is either applied directly from the tube or with large trowels. Whilst cheerful, vibrant tones allow him to portray innocence and happiness, his work often has an underlying dark message, most recently relating to global social issues such as terrorism.

Other listings from Nicholas Bowlby