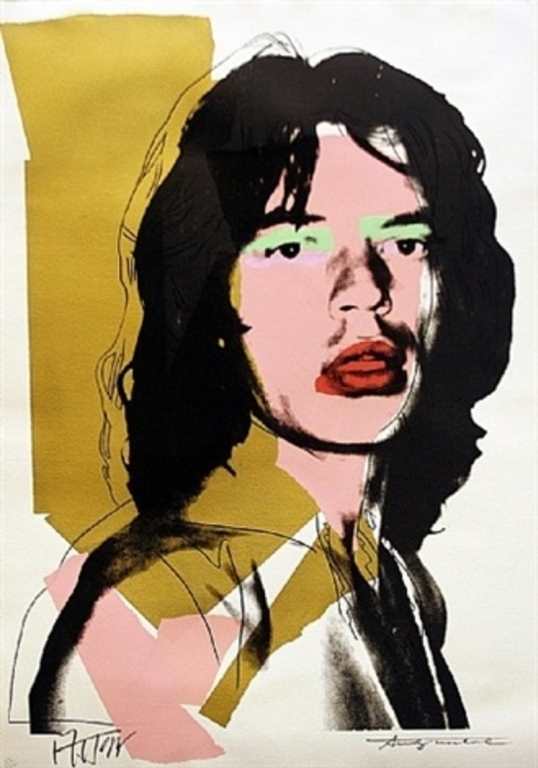 MICK JAGGER 143
Mick Jagger 143 was painted while Warhol was at the height of his fame. Warhol spent a lot of time with Jagger and his current wife, Bianca. He was very close to their daughter, Jade. Andy even taught her how to paint. He produced this screenprint of Mick Jagger as part of a portfolio of ten in 1975.

MICK JAGGER 143 AS PART OF ANDY WARHOL’S LARGER BODY OF WORK
Mick Jagger 143 is one of several pieces that Andy Warhol created based on Mick Jagger. In 1969, when The Rolling Stones worked on their ninth studio album, Sticky Fingers, the band approached Andy Warhol and asked him to design the album’s sleeve. After Andy agreed, he received a letter from Mick Jagger that included a polite warning not to make the cover too complex so that they could avoid problems during production. Warhol ignored Jagger’s warning and went on to produce an unforgettable cover that featured a close-up shot of actor and Warhol Superstar, Joe Dallesandros.