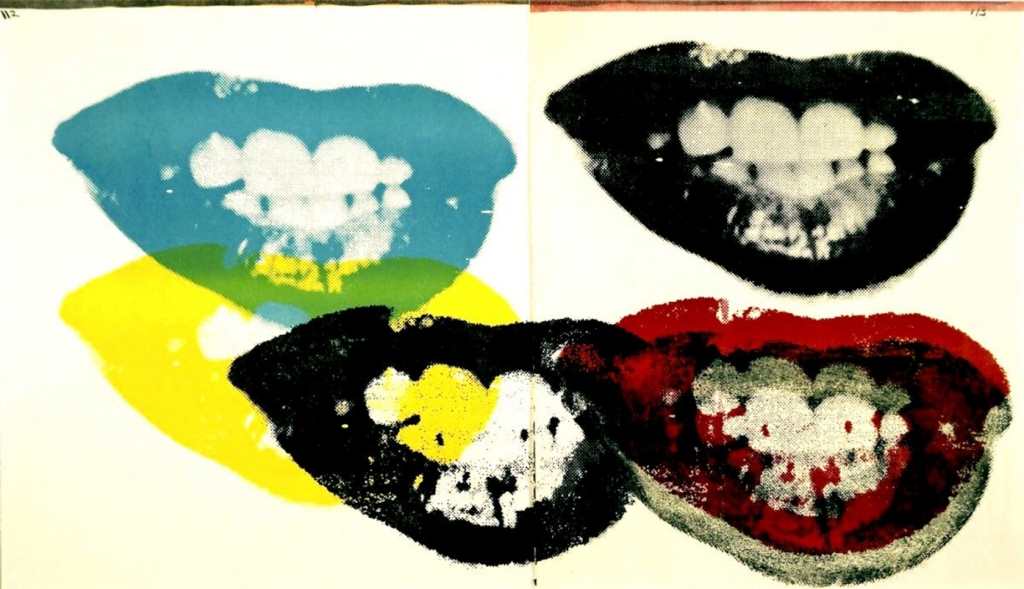 MARILYN MONROE I LOVE YOUR KISS FOREVER FOREVER 5 AS PART OF ANDY WARHOL’S LARGER BODY OF WORK
Concentrating on separate body parts, such as a foot, breast or hair, was an early pop strategy that Oldenburg, Lichtenstein and Wesselmann all utilized, which mimicked the fragmentation found in advertisements. This early lithograph appeared in the artist book One Cent Life produced and assembled by Walasse Ting. E.W. Korfeld. The Swiss publisher of the book writes, “[Ting] wanted to publish the most international illustrated book, intended to illustrate his text, uniting tachisme, neo-dadaisme, pop art, and all other artistic movements. The idea was born from global experience, close contact with culture, pseudo-culture, primitive existential worries, urban erotic and eastern wisdom.. It was a Herculean task, for which only a Chinese would have been able to muster the perseverance.”