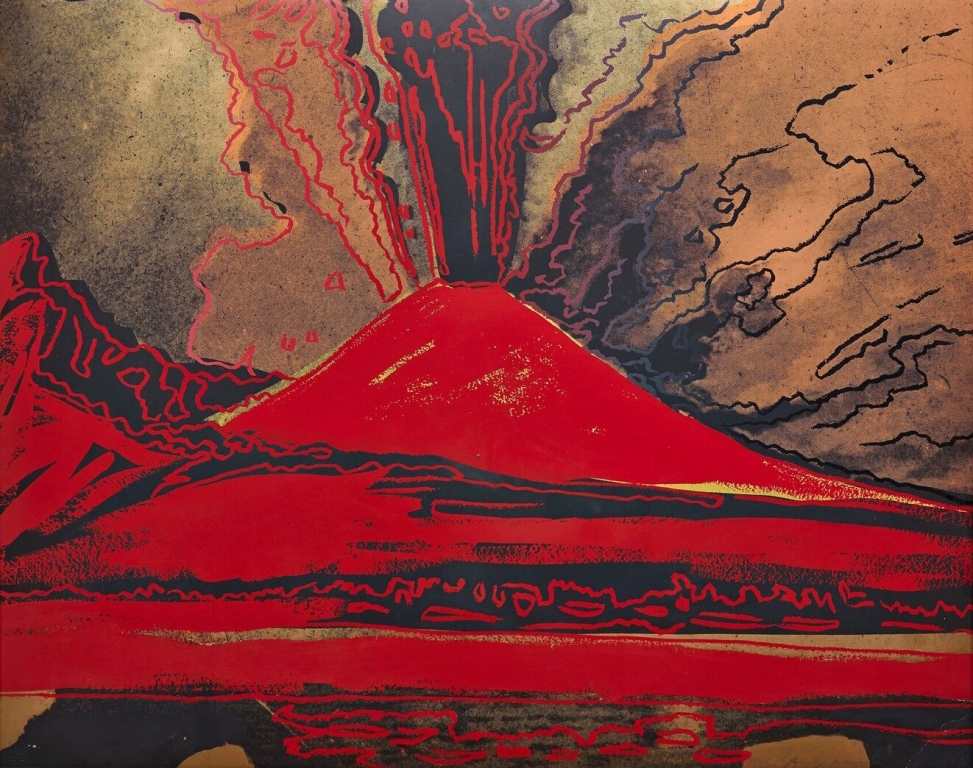 VESUVIUS 365
Warhol chose to illustrate Vesuvius in the way it is most known for — as a violent, erupting volcano, spewing molten hot lava and flumes of smoke into the air. The dark reds and browns of the composition also hint at its destructive nature. In conceiving of the composition of his volcanoes, Warhol explained that “the volcanoes seemed to be painted just one minute after the eruption.” While the volcano is menacing, the viewer is placed far enough out of the way of the composition, so as to remain an observer, rather than a participant (or victim), in this violent scene.

VESUVIUS 365 AS PART OF ANDY WARHOL’S LARGER BODY OF WORK
Vesuvius 365 is a screenprint by Andy Warhol that was created in 1985. It details the volcanic mountain, Vesuvius, located in the Gulf of Naples, Italy. While its last eruption was in 1944, its most infamous and destructive eruption happened in 79 AD, which covered its neighboring cities, Pompeii and Herculaneum in volcanic rock. It is the only European volcano to have erupted within the last one hundred years and is one of the most dangerous volcanoes in the world.