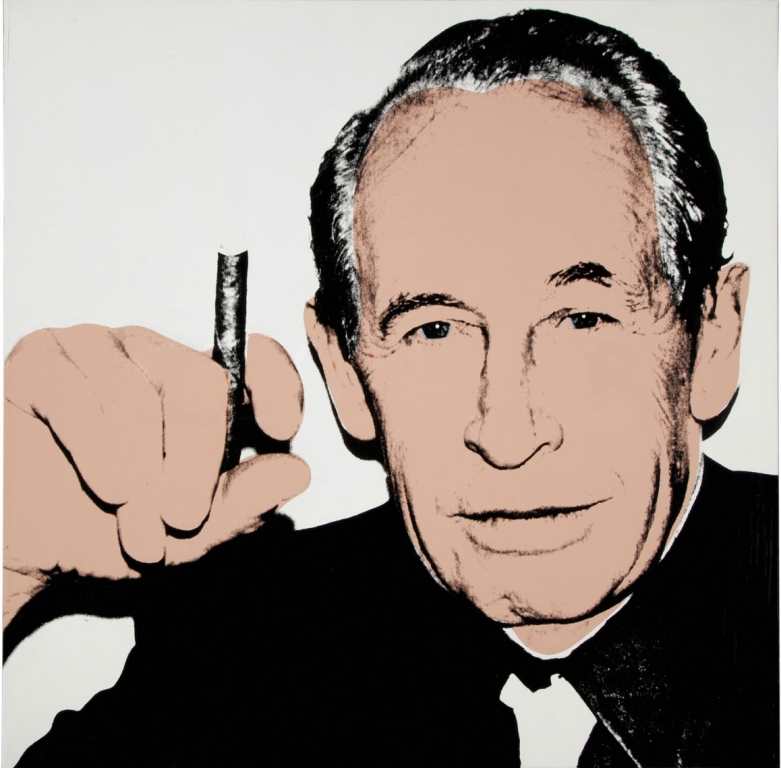 PHILIP ROSENTHAL BY ANDY WARHOL
The portrait of Philip Rosenthal was created in Warhol’s New York Factory Studio based upon Polaroid shots taken at Rosenthal’s factory in Selb, Germany. In 1980 Andy Warhol visited the Rosenthal Factory, accompanied by the gallery owner Hans Mayer and his manager Fred Hughes, which resulted in the commissioning of the Philip Rosenthal portrait.

PHILIP ROSENTHAL AS PART OF WARHOL’S LARGER BODY OF WORK
Philip Rosenthal was a German industrialist and the vice-chairman for Rosenthal, a design company. In 1960 Rosenthal joined the paternal porcelain company Rosenthal AG. Growing up, Rosenthal was heavily influenced by an attention to detail and design, as his father was the owner of a porcelain manufacturing company. In 1950, Rosenthal became the vice-chairman and director of design for the Rosenthal company. The later portrait of Philip Rosenthal was created in Warhol’s New York Factory Studio based upon the Polaroid shots taken in Selb, Germany. Most recently, the Rosenthal company has designed a line of porcelain with imagery from Warhol’s screenprints and canvases entitled, The Andy Warhol Collection. The family company continues to prosper as a leader in the design industry.