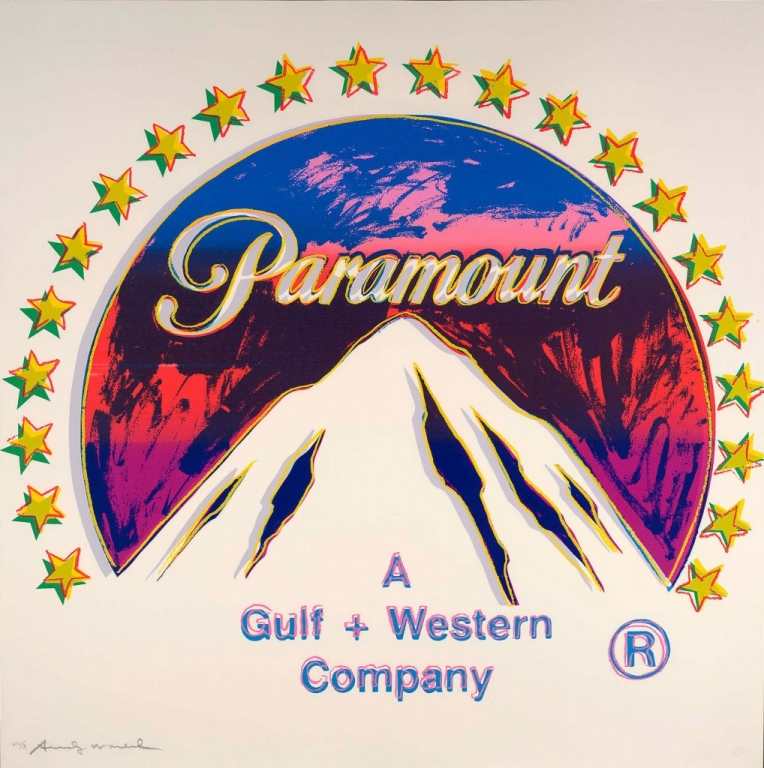 WARHOL PARAMOUNT 352
Created in 1985, this original screenprint is numbered from the edition of 190; apart from the edition of 30 Artist’s Proofs, 5 Printer’s Proofs, 5 Exhibition Proofs, 10 Hors Commerce, 10 numbered in Roman numerals, 1 BAT, and 30 Trial Proofs. This work is also hand signed by Andy Warhol (Pennsylvania, 1928 – New York, 1987) in pencil in lower left. The impression is on Lenox Museum Board, an American, machine-made cotton paper that is both buffered and Cold Pressed (Feldman & Schellmann, 41). This piece was printed by Rupert Jasen Smith, New York and published by Ronald Feldman Fine Arts, Inc., New York.

WARHOL PARAMOUNT 352 AS PART OF ANDY WARHOL’S LARGER BODY OF WORK
Originally created by the founder and president of Paramount studios W.W. Hodkinson, this iconic ad with its distinctly pyramidal mountain shape has been the company’s logo since its inception. Warhol appropriately depicts the snow-capped mountaintop in white, causing the image to pop out towards the viewer. Warhol’s skillful ability to manipulate color is exemplified in this work, the text and mountain appear to pop out three-dimensionally in a manner reminiscent of animated film. Like Paramount advertising its films, Warhol’s Ad series continues to serve as advertisement for Warhol’s artwork. Blatantly acknowledging the commercial nature of American society and urging consumers to continue buying iconic imagery that will forever proposition them with a new and exciting product.