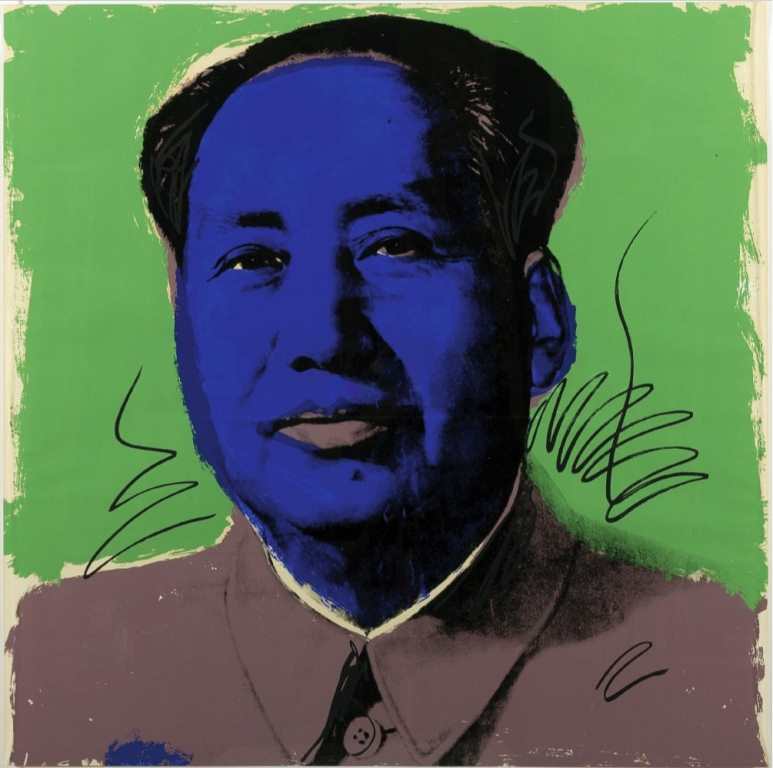 MAO 90
Mao 90 is a part of his notorious Mao series, that sparked up much controversy. Warhol presents Mao Zedong, the Former Chairman of the Communist Party of China, in a style reminiscent of his celebrity portraits. He fuses together the image of totalitarian propaganda and the colors found in his celebrity art to demonstrate the cult of personality surrounding the Chinese ruler. He uses bright colors and applies them in a makeup-like fashion as a form of personalization, a sharp contrast to Communist ideologies, which shunned individualism. This juxtaposition is taken further by the number of variations Warhol made of this image.

MAO 90 AS PART OF ANDY WARHOL’S LARGER BODY OF WORK
Andy Warhol created the Mao series during the early 1970s when he was taking many commissions for celebrities. Celebrity portraits developed into a significant aspect of his career and a main source of income. Other series produced during this time are the Mick Jagger series, Muhammad Ali series and unpublished works of various celebrities such as Truman Capote.