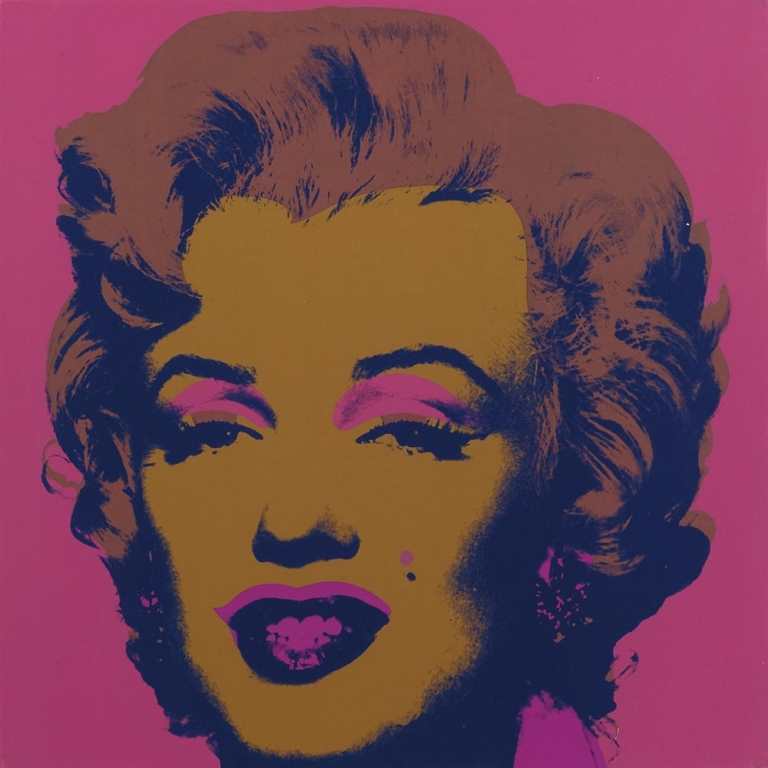 MARILYN MONROE 27
Warhol’s Marilyn images are some of his most iconic works. The piece is one of a series of ten screenprints he created based on an photo believed to have been taken by Gene Korman as a publicity shot for her 1953 film Niagara. Warhol began producing his Marilyn portraits shortly after her death in 1962. The decision to use the publicity photo as the basis of his series sparked much controversy and provoked conversation as to how much an artist can appropriate a readymade motif before it becomes a legal issue. With the notoriety that these screenprints have garnered for over forty years, has been said that Warhol created an icon out of an icon, extending her fame and celebrity status far beyond the normally allotted “15 minutes of fame.”

MARILYN MONROE 27 AS PART OF ANDY WARHOL’S LARGER BODY OF WORK
After the the success of the Campbell’s Soup series in the early 1960s, Warhol began creating screenprints of movie star portraits including Marilyn Monroe, Elvis Presley, and Elizabeth Taylor. In addition, Warhol expanded into the realm of performance art with a traveling multimedia show between 1966 and 1967 called The Exploding Plastic Inevitable, which featured the rock band The Velvet Underground. Warhol also worked with his Superstar performers and various other people to create hundreds of films between 1963 and 1968. These films were scripted and improvised, ranging from conceptual experiments and simple narratives to short portraits and sexploitation features. Some of his works include Empire (1964), The Chelsea Girls (1966), and The Screen Tests (1964-66).