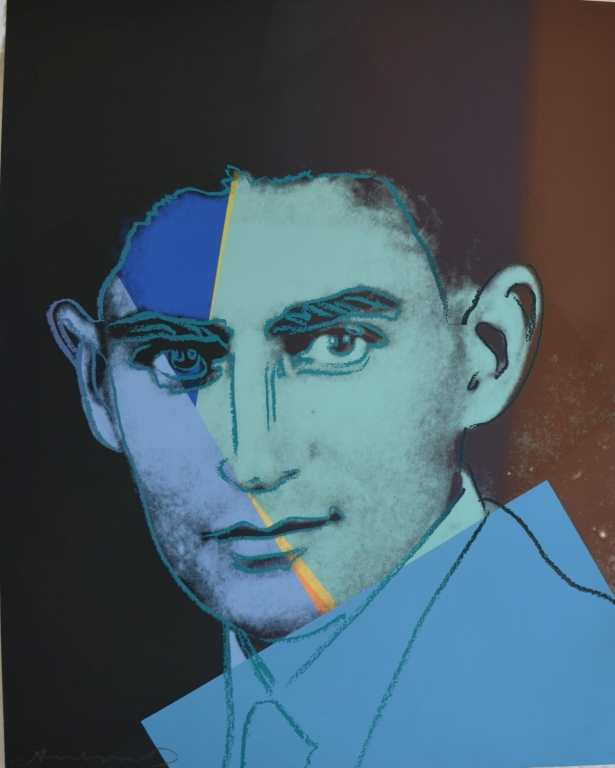 WARHOL FRANZ KAFKA 226
Franz Kafka is regarded as one of the most influential writers of the twentieth century. Kafka wrote short stories as well as novels, with much of his work published posthumously, despite his wishes for his work to be burned unread. Some of his most famous works include The Trial and The Metamorphosis. Kafka’s work became so influential that it inspired the creation of the word, “Kafkaesque, ” when something evokes similar themes or scenarios that appeared in Kafka’s writings.

WARHOL FRANZ KAFKA 226 AS PART OF ANDY WARHOL’S LARGER BODY OF WORK
Franz Kafka is a part of Andy Warhol’s Ten Portraits of Jews of the 20th Century. Warhol was prolific in creating portraits of celebrities and was well known for his fascination with fame. It is noted that Warhol’s portraiture tends to reveal only the surface of a subject, just their image. In this series of portraits, the type of celebrity Warhol deals with is not so glamorous or typical of his usual pick of movie or rock stars. Each portrait is of a very influential figure in either the arts, sciences, or law.