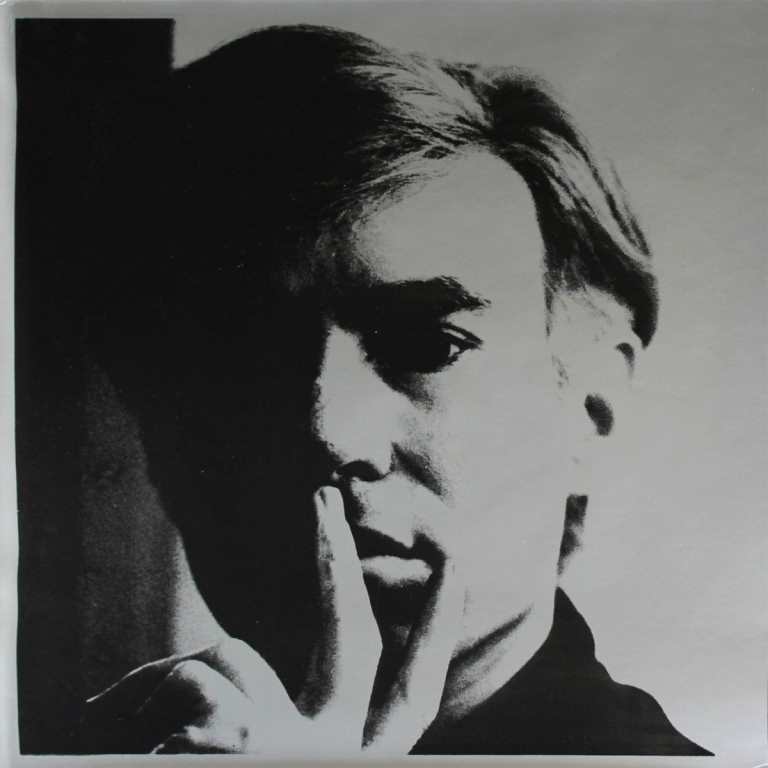 SELF-PORTRAIT 16
Self-Portrait 16 is part of a series of self-portraits based on the same photograph done by Rudolph Burkhardt. In these self-portraits, Warhol tried to minimize his human qualities while maintaining strong likeness of himself in order to still be recognized as Warhol. This particular print is done with black ink printed on silver coated paper with half of Warhol’s face almost entirely in black. The pose he holds in which his hand rests on his chin gives a sense of contemplation; it is as if he is trying to figure out what his next work is going to be.

SELF-PORTRAIT 16 AS PART OF ANDY WARHOL’S LARGER BODY OF WORK
With Self-Portrait 16, Warhol established himself as an iconic subject. Throughout his career, Warhol’s image became more and more prolific and has become almost as famous as his work itself, which is uncommon for most artists. The images of Warhol were both by his own making as well as by other photographers or artists. In the late-1970s and into the 1980s, his self-portraits became more and more pervasive, largely due to his interest in different types of cameras and printing methods.