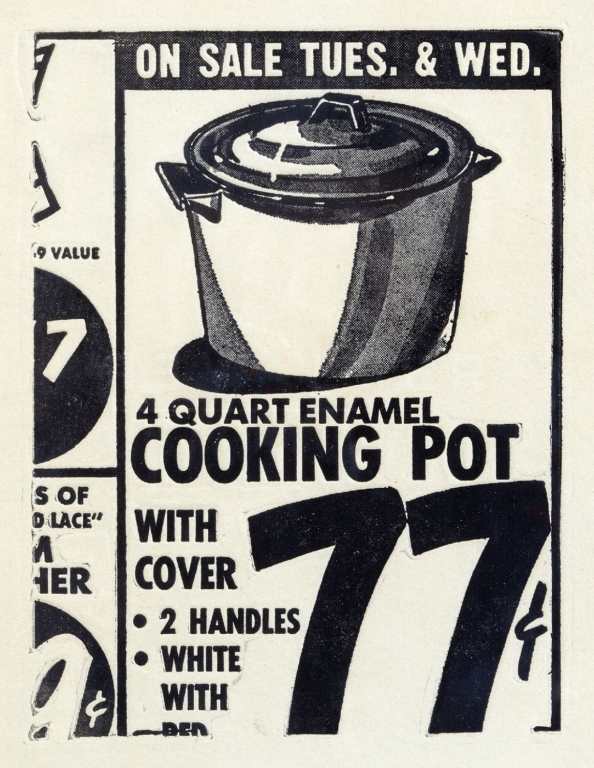 COOKING POT 1
Cooking Pot 1 was published in the International Anthology of Contemporary Engraving: The International Avant-Garde, Vol. 5, America Discovered (1964), a portfolio which contains works by twenty artists. Each artist is representative of the American Pop Culture Movement. The print is derived from a newspaper advertisement for the product. It is unusually lacking vibrant colors, keeping true to its source.

COOKING POT 1 AS PART OF ANDY WARHOL’S LARGER BODY OF WORK
Cooking Pot 1 is featured in The International Anthology of Contemporary Engraving and is comprised of 20 influential prints from the American Pop Culture movement. The artists featured approach the concept of Pop art through different styles, exploring different printmaking techniques and image sources. Cooking Pot 1 was Warhol’s first published photo engraved print. Warhol found the image for this print from a newspaper advertisement and admired the uniformity and precision that came from modernized mechanical products. This too echoed printmaking, specifically photographic screen-printing, which allowed Warhol to manipulate and replicate pop culture images.