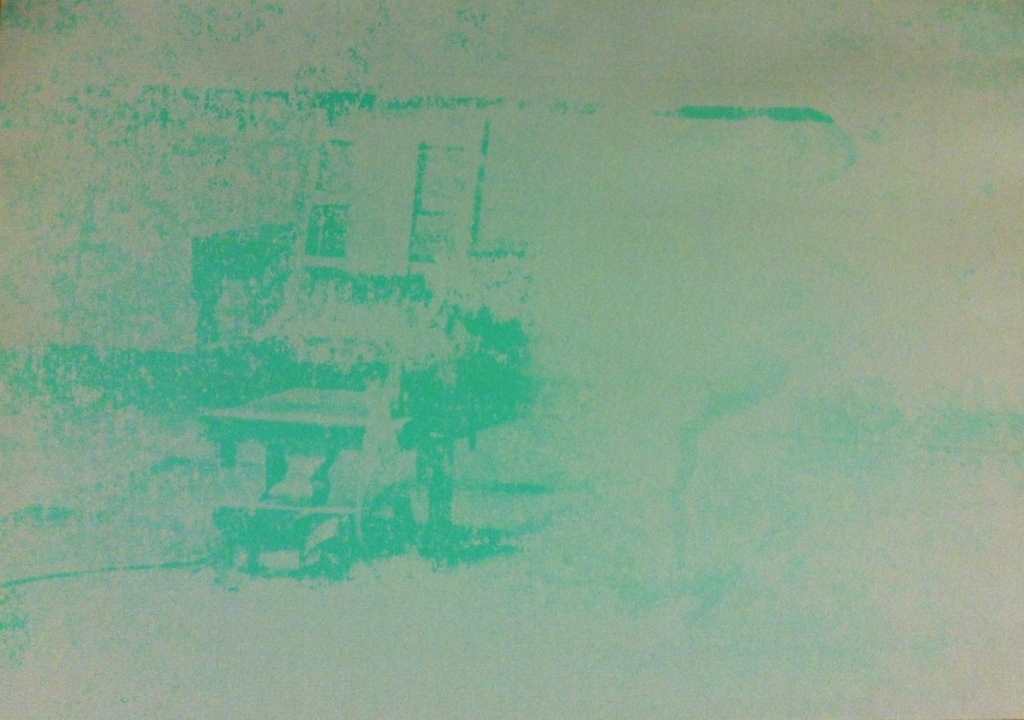 ELECTRIC CHAIR 80
This print is part of the Electric Chairs portfolio by Warhol created in 1971. One of ten prints, this particular print is made up of two shades of a blue green, with a very light background and the chair that is in a slightly darker color. The chair in this print has more abstraction in it than some of the others in the portfolio; it is a much fuzzier image. The idea of abstracting and image found in the media is something that Warhol had done before and continued to do throughout his career. This almost monotone image is very interesting and the only one in the portfolio like that.

ELECTRIC CHAIR 80 AS PART OF ANDY WARHOL’S LARGER BODY OF WORK:
In the early part of the 1960s, Warhol started his Death and Disaster series where he explored images he found in the media, and these images are considered to be some of his most famous. Warhol was consumed with American society’s obsession with mass media. He was also very interested in the fact that the news was inundated with reports about violent deaths. This portfolio, and later works, was Warhol’s commentary on society’s ability to numb themselves from the tragedy that occurs so regularly. Also, Warhol created the first image of the electric chair the year that New York state had its final two executions at Sing Sing Penitentiary, so the death penalty was a very current political controversy at the time.