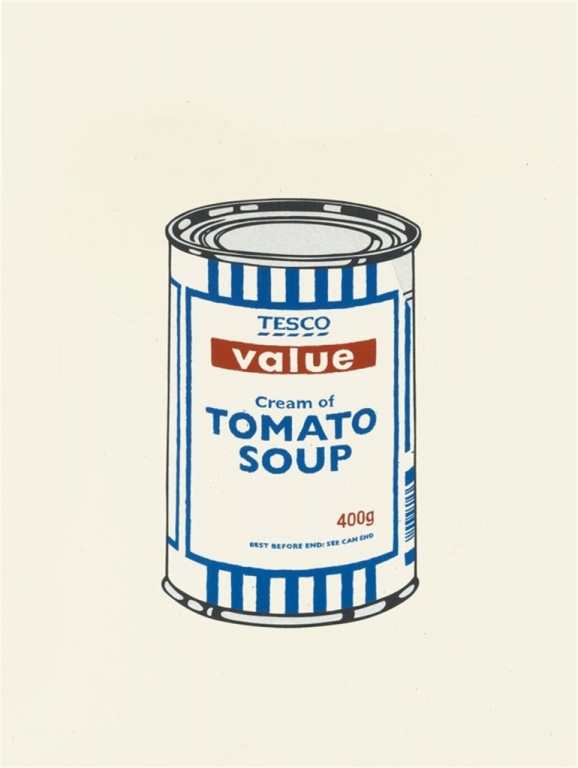 Arty-Fact: Banksy’s Soup Can image is a play on Andy Warhol’s famous Campbell’s Soup Can series. Instead of depicting all the different flavours of the tinned soups like Warhol did, Banksy’s versions feature the same Tesco label - Tomato Soup. In contrast to Warhol's more positive attitude towards consumer society, Banksy's Soup Can is interpreted as a criticism of capitalist society and the mass production of food products.

Banksy’s Soup Can prints come in four different versions. The original colourway single Soup Can was released first in 2005 by Pictures On Walls (P.O.W.) as an edition of 300, 50 of which were signed and 250 numbered only. In the same year, Banksy produced the image in 28 different colours, all signed and in an edition of 10 for each colour. Lastly, in 2006 the artist released an edition which featured four soup cans with gold tops. These prints came in two versions, grey paper and cream paper. There are 54 of the cream version, and 12 of the grey. All are signed.

Forgive Us Our Trespassing
Banksy